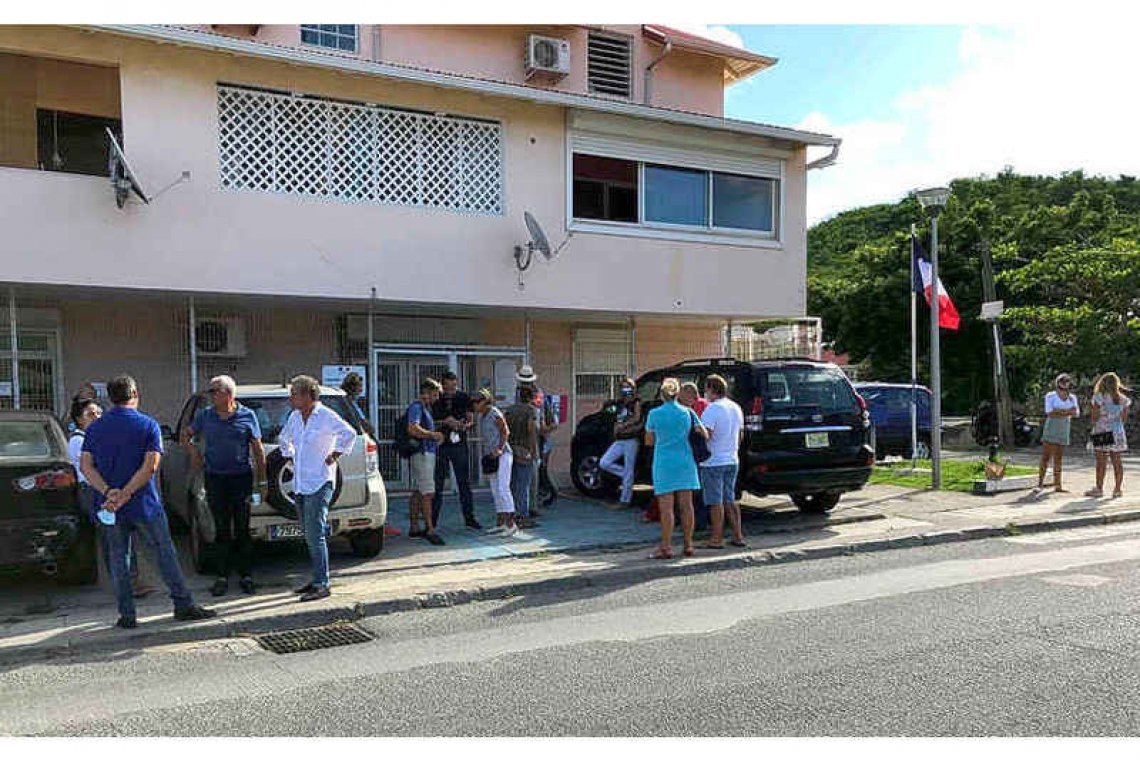 A small group of business people wait outside the Préfecture Thursday morning. They were protesting the decision to implement border controls again. (Robert Luckock photo)MARIGOT—A group of some twenty-five to thirty predominantly French metropolitan business people gathered outside the Préfecture Thursday morning from 8:00am to protest the border closures and restrictions and the impact this is having on the economy.

The group was seeking to have a meeting with Préfète Déléguée Sylvie Feucher but she was in a meeting at the time. It was not known at the time of this writing if any meeting took place later.

“We are one island, one people who live together and work together. We should not be divided like this…it is really damaging to the local economy so we want the border to be re-opened,” said one lady.

Added another: “I don’t think the COVID crisis is so bad that it can’t be managed adequately. We have had very few deaths, and most people that have caught the virus are isolating at home and will probably recover. Its like a bad flu. I think it’s an over-reaction; taking drastic measures for something that is not that bad.

But if the economy dies then we die too.”

One man who has an advertising business on both sides of the island feared what will happen if the Dutch sides decides to go into lockdown again. “I will be dead for sure. That will be the end for me.”

A peaceful demonstration for the same reasons has been organised for this coming Saturday morning at 8:00am at the Bellevue roundabout which is likely to be a much larger gathering. President of Movement for Justice and Prosperity (MJP) and Opposition Leader, Louis Mussington, is one of the people behind Saturday’s gathering.