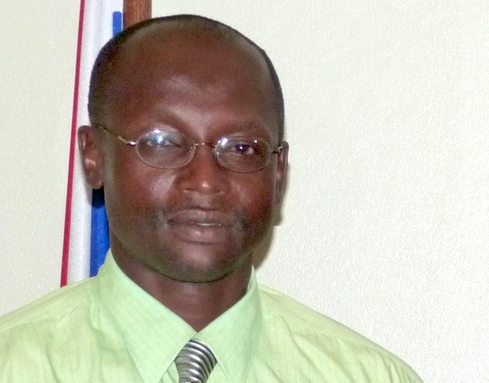 ~ Simmons to stay in coalition ~
ST. EUSTATIUS–Island Council Member for United People’s Coalition (UPC) Reuben Merkman has resigned from the party of former Commissioner Reginald Zaandam, and has declared himself an independent member of the Island Council, on Thursday.
“It is with mixed feelings that I am coming to the people of Statia to inform you that on August 11, 2016, I received a letter from my party, the UPC, formally commencing the procedure to expel their representative to the Island Council,” Merkman said in a joint press release with Commissioner Derrick Simmons. Former chairman Simmons also tendered his resignation from the UPC board.
Merkman said the UPC board’s action to have him removed had come as a surprise to him, because in the past no mention was ever made of his functioning.
Merkman said he had decided to declare himself an independent member of the Island Council “in the interest of stability and the continued development of Statia.”
Apart from Simmons, former secretary Perla Duinkerk and board members Acevedo Lopes and Oswin Merkman also resigned from the UPC.
Merkman said he has entered in an agreement with Progressive Labour Party (PLP) to formally maintain the coalition government to keep the current Executive Council in place. Simmons will remain in the Executive Council and will maintain his current staff.
“In the past couple of months there have been many challenges facing this coalition government, and with the input of both Commissioners Derrick Simmons and Astrid McKenzie the financial impasse is finally being resolved and the Plan of Approach is expected to be implemented forthright. We are on the cusp of achieving great things for our beloved island and now is not the time to have any changes in government,” said Merkman.
Merkman and Simmons thanked their supporters and well-wishers for their support “during this difficult period,” and said they were looking forward to their “continued support and loyalty during the remaining two and a half years of this government.”