Home Local News Meyers: I did not fail screening, was cleared to be new minister 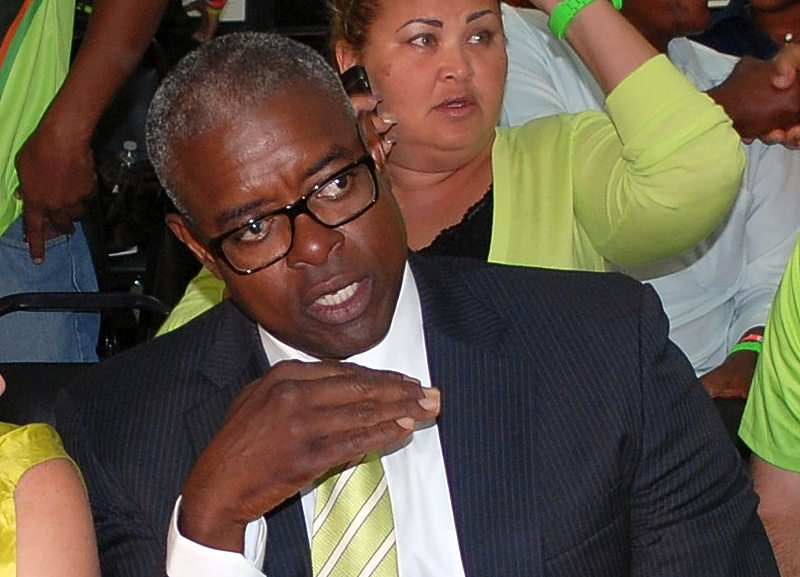 PHILIPSBURG–United People’s (UP) party Member of Parliament (MP) Franklin “Frankie” Meyers made it clear on Monday that he was cleared to sit as a Minister in the now collapsed UP/National Alliance (NA) coalition. He was vehement on dispelling the rampant talk in the community about his “not passing the screening.”

Meyers said on Breakfast Lounge with Lady Grace, a radio programme on 102.7FM, that he had not failed the screening and had the paperwork to prove it. That paperwork was presented to Governor Eugene Holiday even after NA pulled out of the coalition with UP and formed a new one with the Democratic Party (DP) and United St. Maarten Party (US Party) last week Wednesday.

He explained that he had to present the paperwork related to taxes owed for some companies. Those taxes amounted to some NAf. 45,000, for which a payment plan had been worked out. Meyers’ and his wife’ personal taxes are both up to date, as are those of UP leader MP Theo Heyliger and his spouse.

The final report on the Minister candidates was never delivered to the Governor, Meyers said, adding that it is only after this process that it can be said a person has passed or not.

There also was never any indication from NA leader Prime Minister William Marlin in his post as formateur of the then UP/NA-supported coalition of issues with the UP candidates, said Meyers. Had this been communicated, the party would have made adjustments.

Looking to the future, Meyers said he would not be part of any coalition if the current red, white and blue one collapses after taking office.

“I will not be a political prostitute,” he said. “I prefer to be in opposition. … It is a principle stance.” He said he was making a personal statement and not speaking on behalf of the party.

UP intends to call Parliament sessions on the screening process regulations and the situation at utilities company GEBE in the coming days.