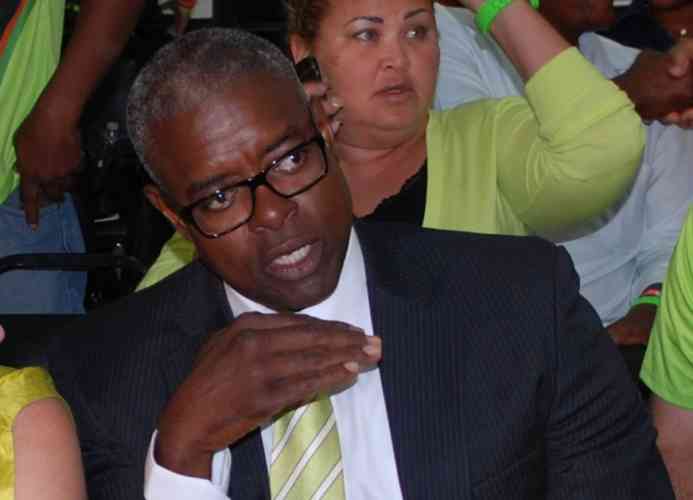 Meyers’ warning was issued after he visited Heyliger in the Pointe Blanche prison where the suspended MP is held on charges of corruption and money-laundering over a long period of time. Meyers did not expound any further on what actions might be taken based on his warning.

Meyers said that while Heyliger “puts on a good face” to those who visit him in prison, he “is not doing well.” The suspended MP as well as other prisoners are locked indoors for 23 hours a day with barely one hour of sunshine and fresh air to survive on, said Meyers.

“I can’t accept the way he is treated,” said Meyers, who pointed out that his own son had been held twice in the prison under the same conditions.

Meyers implored Justice Minister Cornelius de Weever, who was present for the parliament session in which he issued the warning, to look into the situation at the prison and to correct matters there as soon as possible.

The dire situation at the prison has been raised for many years. However, it has come more into focus since March when Heyliger was transferred there from Bonaire.

Heyliger was arrested in his home on February 19. He was first held under deplorable conditions in the Philipsburg police station holding cells until he was transferred to the modern and more humane facilities in Bonaire. A court fight ensued about his return home and that resulted in his detention in Pointe Blanche.

The judge is expected to rule on Friday on several appeals, including one filed by Heyliger’s lawyers to have him released.