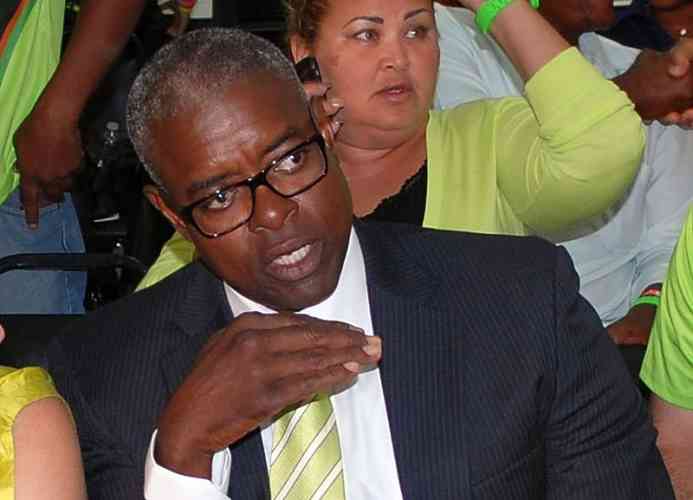 Meyers made the surprise announcement during his presentation as UD faction leader during the closing of the parliamentary year just before 10:30am on Monday. The announcement means that the UD/SMCP coalition now has a minority of seven seats in the 15-seat parliament, and the opposition National Alliance (NA) and United St. Maarten (US) party has six sitting members and an additional member, Frans Richardson, who is currently incarcerated and not able to attend meetings.

During his presentation, Meyers outlined some of his concerns about the way things are happening.  “We understand how we have gotten here, but as a St. Maartener, as a man and as a father, I cannot continue to be a part of a government in which the outside manipulation is stunting the forward motion of St. Maarten and its people,” Meyers said in closing off his speech.

“I cannot be part of a government to do that. I have thought long and hard about this. I want to tell my colleagues in parliament and the people in St. Maarten that as a person I cannot do this anymore because… it is one thing to say it’s in the best interest of St. Maarten with your mouth while all of your other actions have shown nothing but selfishness. For too long, I have been quiet. I have been a team player and keep things that we have discussed in the realm of the party because I thought it was the right thing to do. And I find myself defending things that I know in my heart that I cannot defend and I do not like to be in that position. Moving forward, the road will be rougher for St. Maarten and its people, but I hereby would like to make an announcement today that I am officially withdrawing my support from the present government.”