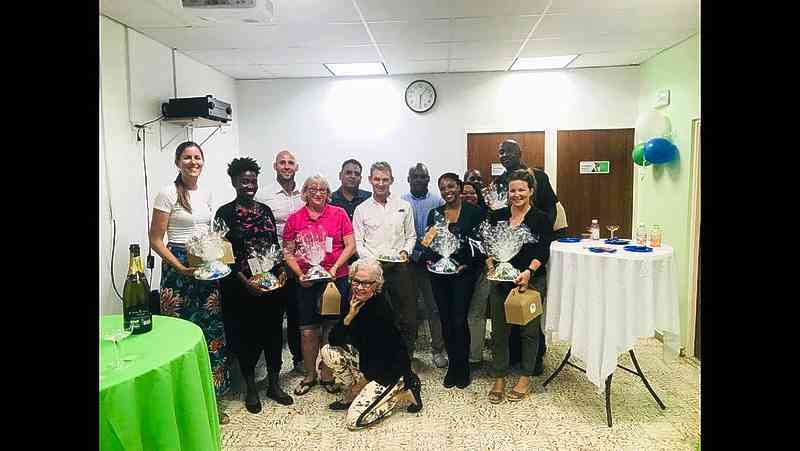 CAY HILL–Mental Health Foundation (MHF) has launched a new anti-stigma campaign aimed at educating the public about mental health and the services of the foundation.

The campaign consists of four videos that will be shared via social media and at upcoming events. The first video, which focusses on breaking the stigma surrounding mental health, was released during the launch held earlier this week.

MHF said in the coming weeks three additional videos will be shared and the public will be informed about MHF’s services such as ambulant care, admissions and the Faraja (day care) Center.

“With help of this campaign we hope that people will look at mental health and MHF differently. We want to make people feel more comfortable to discuss mental health within our community. There is no shame in admitting you are dealing with a mental health issue and MHF can help,” MHF Information and Prevention Coordinator Bart van der Meijden said in a press release.

Sponsors and partners of the campaign were invited on Tuesday, to preview the videos during a short presentation. “We hope that everyone will share these videos and help us share the message about fighting mental health stigma,” Van Der Meijden said.

“MHF’s staff and clients still deal with stigma on a regular basis, making prevention and treatment more difficult. This is partly due to a lack of knowledge, but fear of social judgment plays a big role as well. MHF believes prevention is the best course of action when dealing with any health issues. We hope that this campaign impacts the public’s view on mental health in a positive way,” MHF Director Eileen Healy said at the end of the presentation.

In addition to the videos, MHF will present its campaign through written press, radio and other channels. The foundation urged the public to tune into Laser 101 every Wednesday, for the next four weeks, where MHF will be sharing its viewpoints during the Suppa Duppa Morning Show starting at 7:45am.