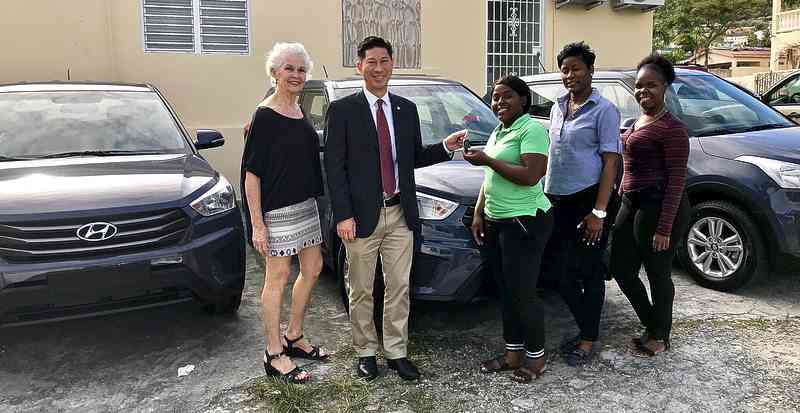 CAY HILL–The Mental Health Foundation (MHF) now has three new vehicles with which to carry out its tasks, thanks to the generosity of an anonymous donor.

The donor donated the three new vehicles to the Ministry of Public Health, Social Development and Labour VSA and the Ministry in turn assigned the vehicles to the MHF.
Health Minister Emil Lee said on Wednesday that the donor had originally signalled the intention to make the donation to Democratic Party (DP) Member of Parliament (MP) Perry Geerlings, who in turn passed on the information to Lee.

The Minister said he had been sceptical at first, because these days persons are usually looking for something in return.

Lee said the Ministry had brainstormed on how to best use the vehicles and as it is already working on replacing its Irma-damaged vehicles, it was decided to give them to the MHF.

He said it so happened that MHF had been leasing three vehicles from Motorworld, which agreed to terminate the lease for the Foundation.

Lee said MHF would be saving US $25,000 annually, as it no longer has to pay to lease the three vehicles, and these funds can now be used to help the Foundation carry out its services more effectively. He thanked the donor for the gesture.