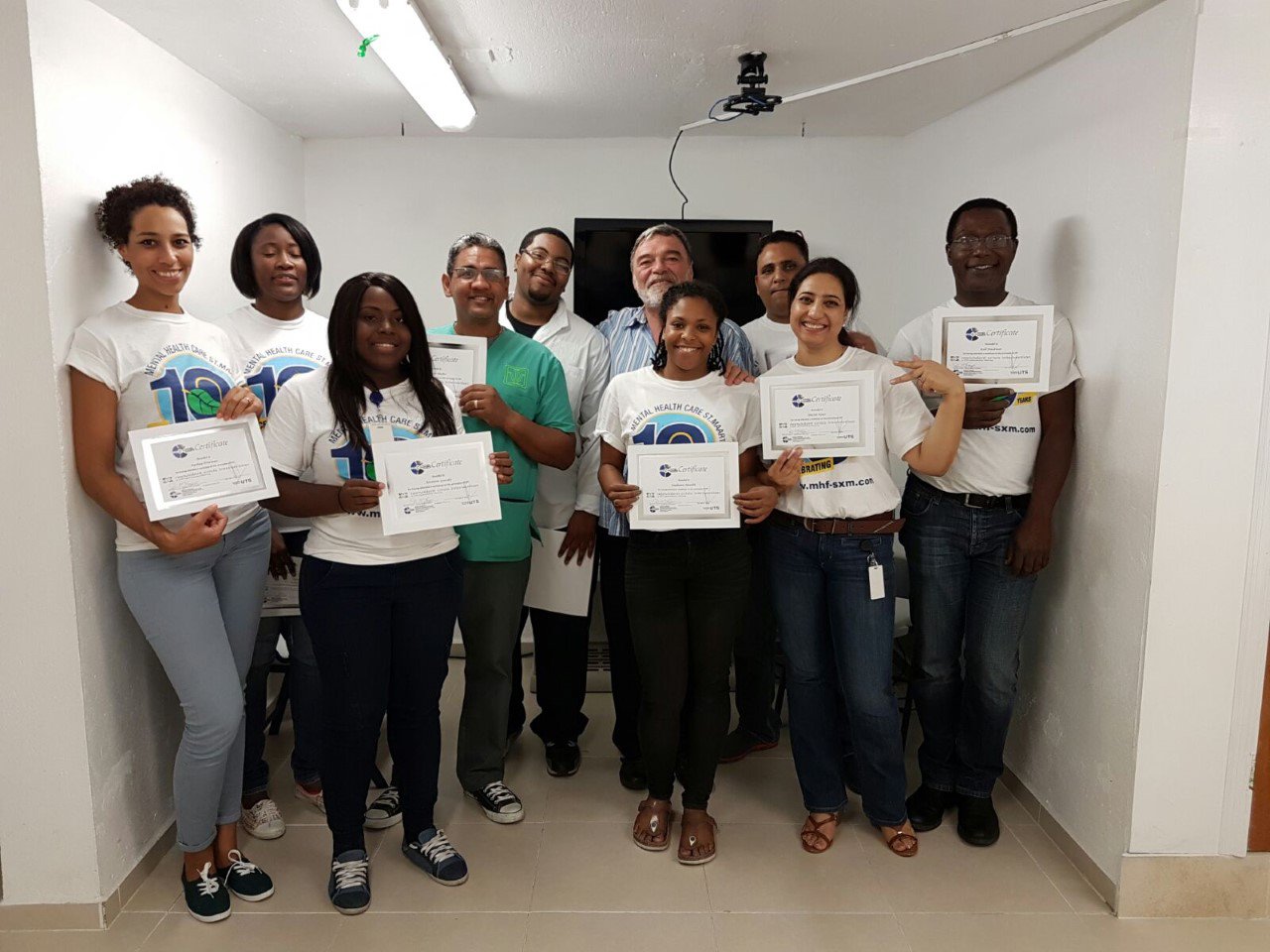 The certificates were given after a follow-up training and certification on June 4.

MHF said the philosophy of the training was to provide the best possible “care, welfare, safety, and security” for clients and staff, even when faced with crisis situations.

The training included models such as the “Crisis Development Model,” which outlined four levels in the development of a crisis, as well as the attitudes and approaches required by the staff to handle such situations appropriately.

Staffers were trained on how to use non-violent physical interventions as a last resort for agitated, out-of-control individuals in their most violent moments. “This training would help to avoid the assistance of police for future crisis situations at MHF,” the Foundation said in a press release.

MHF said the corresponding attitudes and approaches include supportive, directive, non-violent physical crisis intervention and therapeutic rapport. “The importance of such a training programme cannot be overstated. In crisis situations, the well-being of both the clients and the staff are of the highest priority for the MHF.

“Although the majority of persons who suffer from mental illnesses are not violent, a safe approach must be utilised to de-escalate volatile situations and manage combative individuals,” MHF said. “We believe the best way to deal with a crisis is to prevent it and intervene before it escalates out of control.”

“The training is a vital step that the MHF has taken to avoid crises and safeguard the reliability of the institution, as a place where individuals can feel safe as they treat and recover from their mental illnesses and improve their overall physical, mental and social wellbeing.”

MHF has been providing mental health services in St. Maarten for the past ten years and more recently to neighbouring islands such as Saba and St. Eustatius. The services include the stimulation of awareness and knowledge on mental illness, clinical care, ambulant care, crisis prevention and intervention. MHF thanked TDC and David McGregor for the training.