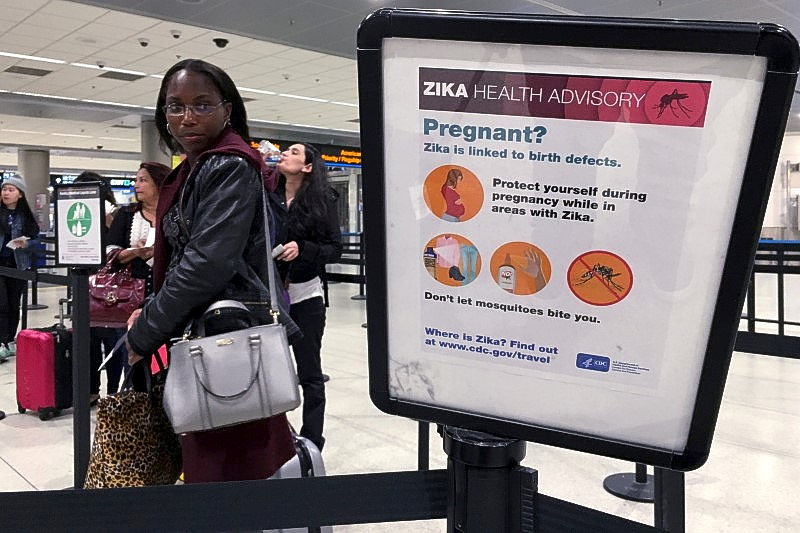 FLORIDA- – Travelers have booked fewer hotel rooms in downtown Miami, and leisure airfares to the greater Miami area have inched down in the weeks since the Zika virus was detected there, data reviewed by Reuters shows.

Hotels sold 2.9 percent fewer rooms in Miami’s central business district and northern neighborhoods during the first three weeks of August than they did a year earlier in the same period, according to hotel data and analytics firm STR.
That area includes the Wynwood arts district where on July 29 Florida officials said they confirmed cases of people who contracted the virus, marking the first transmissions by mosquitoes in the continental United States.
The decline in hotel bookings may be an early indication of the virus’s effect on Miami’s robust tourism industry, which had an economic impact of $24.4 billion in 2015, according to the Greater Miami Convention and Visitor Bureau.
The drop in the number of hotel room sales for the downtown and north Miami areas is a departure from largely uninterrupted growth in bookings there at least since 2010. From January 2016 through July, hotel stays by paying travelers were up 1.2 percent from a year ago, according to STR data.
But for the latest week ended Aug. 20, the number of hotel rooms sold was down 4.2 percent, compared to a year earlier.
Jan Freitag, senior vice president of lodging insights at STR, said the decline was not due to abnormally strong numbers the year before, and could reflect the impact of Zika virus concerns.
“We don’t know enough yet,” Freitag told Reuters, saying he would like to see up to two months of data, and monitor traffic to Miami from Europe and Brazil, both major sources of visitors to South Florida.
“Zika is not only a serious threat to public health. It has the potential to be an equally serious threat to a community’s economy,” said travel industry analyst Henry Harteveldt, adding that worries about the virus likely contributed to the decline in Miami.
The Zika virus was detected in Brazil last year and has since spread across the Americas. The virus poses a risk to pregnant women because it can cause a severe birth defect known as microcephaly. In Brazil, more than 1,800 cases of the condition have been linked to Zika.
Earlier this week, officials reported new Zika infections in Wynwood, and also one case hundreds of miles away in Pinellas County, on the Gulf Coast.
The U.S. Centers for Disease Control and Prevention said that pregnant women who are worried about exposure to Zika might consider avoiding all of Miami-Dade County. On Friday, the U.S. Food and Drug Administration recommended universal testing of donated blood for the virus in the United States and its territories.
Miami tourism officials said hotel managers have not alerted them to bookings weakness related to the Zika virus.
It was too early to tell from the data that Zika had an impact on travel or bookings, tourism officials said.
“These numbers don’t turn this quickly,” said William Talbert, chief executive of the Greater Miami Convention and Visitors Bureau.
In a sign that airlines are trying to stimulate demand to and from Miami, airfares have gotten cheaper from a year ago, according to an analysis of the top U.S. domestic routes by Harrell Associates that was reviewed by Reuters.
Leisure fares on Miami routes were down 9 percent in late July from the prior year, while those to Fort Lauderdale were down 14 percent, the Harrell Associates data shows. Fares were sampled July 18 and July 25.
Since the first Zika cases were announced, the decline in leisure fares to and from Miami had widened to 16 percent, while fares for nearby Fort Lauderdale had dropped an average of 18 percent from a year earlier, the analysis found. That data is based on samples of airfares taken Aug. 15 and 22.
Nationwide, the high-restriction leisure fares are down 3 percent in mid-August from the prior year, the analysis by Harrell Associates found.
American Airlines Group Inc <AAL.O>, the largest carrier in Miami, declined to comment on individual markets or whether the virus would impact its business. Its rival in the area, JetBlue Airways Corp <JBLU.O>, did not immediately comment.
Airlines have been struggling for months to curb the decline of ticket prices amid growing competition in popular markets.
While Miami Beach has continued to see hotel demand rise through August, that rate has appeared to slow: from 6.4 percent higher in the first seven months of the year compared to the same period in 2015, to only 2.6 percent higher this month, the STR data showed. The same trend holds true for Miami-Dade and Monroe counties, according to the data.
Miami Beach has about 2.5 times the number of hotels as downtown and north Miami, STR said.