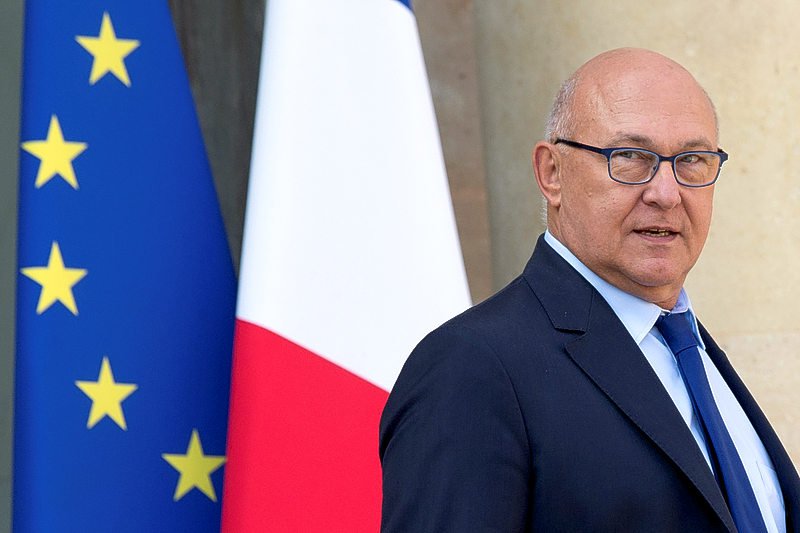 PARIS–France’s finance minister admitted on Wednesday to behaving inappropriately towards a woman, the second time this week the issue of sexism in politics has hit the headlines amid signs a veil is lifting on acts that have gone unreported in the past.

In the two days since a sexual harassment scandal forced a top lawmaker to quit, female politicians have denounced abuse in the corridors of power and some have revealed their own experiences of unwanted sexual advances. The reactions of some men to the headlines also show how deeply entrenched sexist attitudes can be in France, where three in every four lawmakers in the National Assembly are men.
Finance Minister Michel Sapin made his public apology after coming under pressure to tell his side of a story reported a few weeks ago in a book. “During a trip to Davos in January 2015, in a group of about 20 people, I made a comment to a journalist about her clothing and put my hand on her back,” Sapin said in a statement.
He insisted his actions should not be “confused with the seriousness of harassment or sexual assault.”
“There was no aggressive or sexual intent in my conduct but the mere fact that the person was shocked shows that those words and this gesture were inappropriate, and I was, and still am, sorry,” he wrote.
Sapin, a close ally of President Francois Hollande, did not appear at risk of losing his job. He said that the journalist had immediately asked to talk with him after the incident and he apologised.
Sandrine Rousseau, a spokeswoman for the Greens party, welcomed Sapin’s statement as a sign that male politicians increasingly felt they had to explain themselves over allegations of inappropriate gestures. But Rousseau, one of the women who on Monday accused lawmaker Denis Baupin of harassment, said there must be action and not just words if women were to be treated on equal terms in France’s political circles. Baupin quit his post as vice-president of France’s National Assembly but denied any wrongdoing.
“I hope things will change but I’m not sure that will be the case,” Rousseau told Reuters. She pointed to some who reacted to Monday’s allegations against Baupin by complaining “one cannot joke or flirt anymore.”
Independent, right-wing lawmaker Jacques Myard on Tuesday told journalists in the corridors of parliament: “if we can’t make jokes anymore it’s the return to moral order.”
Center-right lawmaker Pierre Lellouche was quoted by RTL radio as declining to comment on the Baupin case, saying: “I comment on important matters, not girly stuff.”
And Aurore Berge, a local Les Republicains politician wrote on social media about her shock when a fellow politician told her after Baupin’s resignation: “When I see you I want to do ‘a Baupin’ to you.”
“Instinctively you hide … as if you were the culprit. And you end up laughing, by reflex. Because, well, we’re French and so we’re meant to laugh about such things,” Berge wrote.
Rousseau said some male politicians behaved with a sense of impunity and called for protection for women who remain silent for fear of damaging their career or political party. A three-year statute of limitations was too short, she said.
Rousseau alleges Baupin pressed her against a wall, held her breasts and tried to kiss her. “From the moment it happened to the moment I could put words on what happened three years had gone by,” she said.