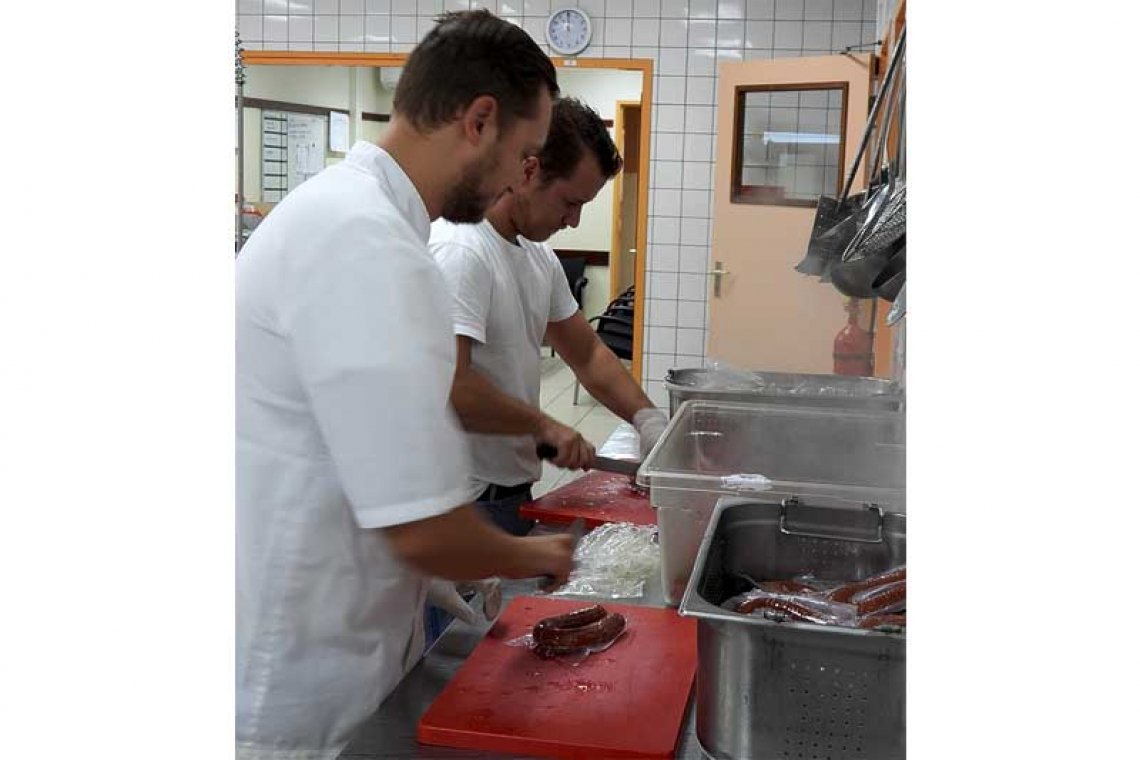 Personnel of Aruba’s FPNC dishing out food in takeaway containers.

ORANJESTAD–Cooks from Aruba’s Savaneta military base, in collaboration with Fundacion Pa Nos Comunidad (FPNC) and Centro pa Desaroyo CEDE, are now preparing 200 lunch meals per day for Aruba’s food bank. Starting from Monday, March 30, the cooks will do this for a week.

“The food is prepared by the kitchen staff of the base, which is then transported to the location of FPNC. The food is kept warm by special transport containers. Volunteers of the food bank distribute the food in convenient takeaway trays,” according to a press release issued by the Royal Dutch Navy on Tuesday.

According to the Navy, the preparation and transportation of the meals is possible because of the preventative quarantine measures taken by the Royal Dutch Marine Corps.

“The Royal Netherlands Marines were located in the US [United States – Ed.] for training purposes with the US Marines but had to withdraw prematurely due to the situation with the coronavirus [COVID-19]. Because the [Dutch] Marines aren’t working on the base and thus will not eat there, the cooking capacity of the base will be used until April 5 in a different but effective way,” said the Navy.