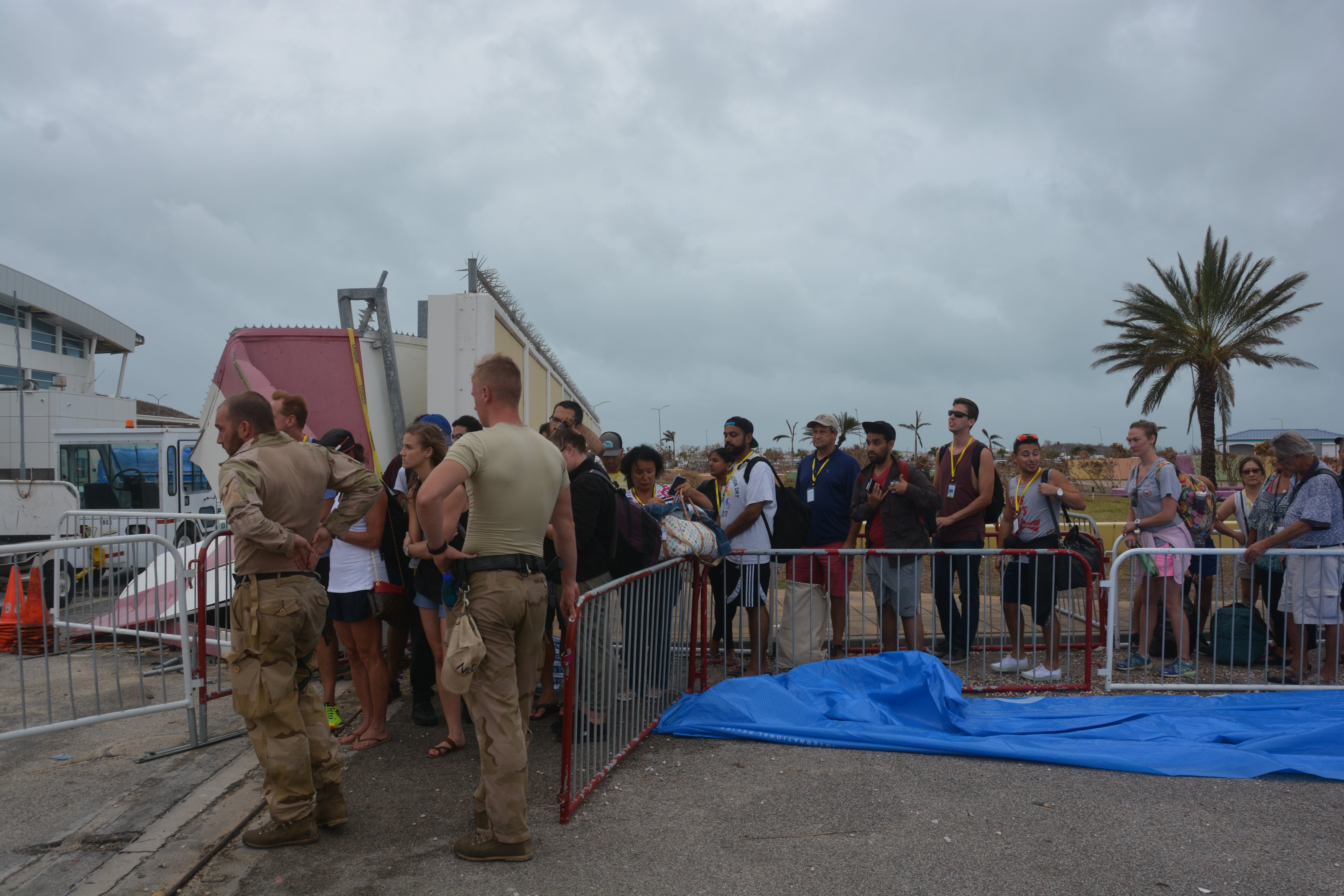 PHILIPSBURG–Two plane loads of evacuees were flown out of St. Maarten to Puerto Rico today via military aircraft. Some 1,600 United States and Canadian citizens as well as a number of others were on the flights.

Anyone who wants to extend aid or have foreign relations information can contact Prime Minister William Marlin directly via williammarlin0@hotmail.com. Canada-based airline Sunwing collected tourists, medical students and others.
Another 1,200 tourists are said to be on the Dutch side awaiting evacuation after monster storm Irma. More flights are expected tomorrow, Sunday.
All dialysis patients were flown out to Curaçao, Aruba and beyond for continued medical treatment.
Marlin said on Laser 101, “Things are moving” in the country. Offers of help are coming in, but government has opted to halted receiving of aid until Hurricane Jose has cleared the local area.
A list of the major necessities is being compiled to share with those giving help.
A system is being worked out to store the supplies safely and a distribution method has been formulated, said Marlin. Caribbean Liquors and Tobacco (CLT) will ship five containers of water from Martinique tomorrow, Sunday.
Utilities company GEBE has been distributing water for cleaning while the Dutch Marines and police have been distributing bottled waters in some areas.
Marlin has called on the community “to bear with government” and to be aware that the focus is on rebuilding.
Owner of the Mullet Bay property Hushang Ansari has pledged some US $1 million to aid in recovery efforts, according to Marlin.
Some 28 local police officers have lost their homes, but are on the job. Some of their families have been relocated to The Westin St. Maarten. Sonesta Maho Beach Resort and Casino is expected to open its doors to relief workers who will come into the country to assist or emergency team members in need of housing after the monster storm. There is still some bad news as looting continues in various pockets across the country. Authorities are trying to get all of the situations under control.
On a lighter note, the prime minister burst into song to serenade the Dutch Marines after one called in to the radio with a request for Scorpion’s “Eye of the Storm.” He didn’t know the song, but tried to help with a musically interlude. The Marines did not get their song, because a copy of the recording could not be located by the radio station.