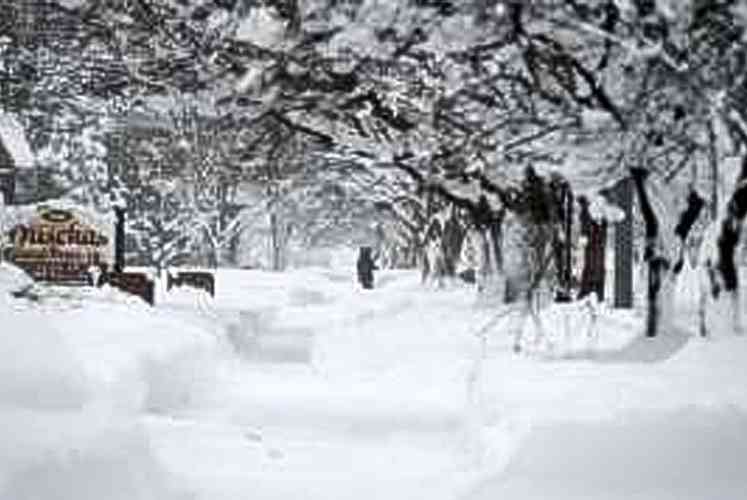 BOSTON (Reuters) – Businesses blocked doors with sandbags and officials warned residents of waterfront homes to be ready to evacuate as the northeastern United States braced for a powerful storm on Friday that threatened to flood coasts from Maine to North Carolina.

Along Boston’s Long Wharf, near the Fanueil Hall tourist area, large piles of sandbags were in place around a subway station and a Marriott hotel, a spot that flooded with icy seawater during an early January storm.

Heavy rains, monthly extreme high tides and a wind-driven storm surge could combine to cause several feet of water to flow onto streets in coastal parts of Boston and up and down the shoreline, government and private weather forecasters warned. High winds of up to 75 miles per hour could also bring extensive power outages.

“People need to take this very seriously,” Massachusetts Governor Charlie Baker told a Thursday press conference, telling people to prepare for a repeat of the flooding that affected much of state’s east coast during the Jan. 4 “bombogenesis” winter storm. “If you live in an area that is told to evacuate, we strongly encourage you do so first thing Friday morning.”

The National Weather Service had coastal flood watches and warnings in place from southern Maine through coastal North Carolina, including New York’s eastern suburbs, and also warned that a snowstorm heading east from the Ohio Valley could drop significant amounts of snow in northern New York State. It forecast storm surges of up to four feet (1.2 m) for eastern Massachusetts.

Federal offices closed on Friday in Washington D.C. while dozens of schools throughout the region canceled classes.

Ocean-facing homes could be destroyed by the storm surge and waves, while people who live in neighborhoods reached by low-lying roads could be cut off from services for hours or days, officials and government forecasters warned.

“This could be another storm with prolonged onshore flooding,” said Paul Walker, a meteorologist with Accuweather, a private forecasting service. Flooding could begin to pick up around high tide, forecast to occur shortly after 11 a.m. ET (1600 GMT) around Boston, he said.

Walker noted that the combination of high winds and sustained rain, which softens the ground, could cause trees to fall and power outages.

Elsewhere along the coast, work crews beefed up coastal dunes and residents installed plywood sheeting over their windows to protect homes from wind- and water-borne debris.

March 4, 2021
0
On Thursday morning, the trailer connected to this 18-wheeler truck turned over on Suckergarden Road near the entrance to Guana Bay Road. No...