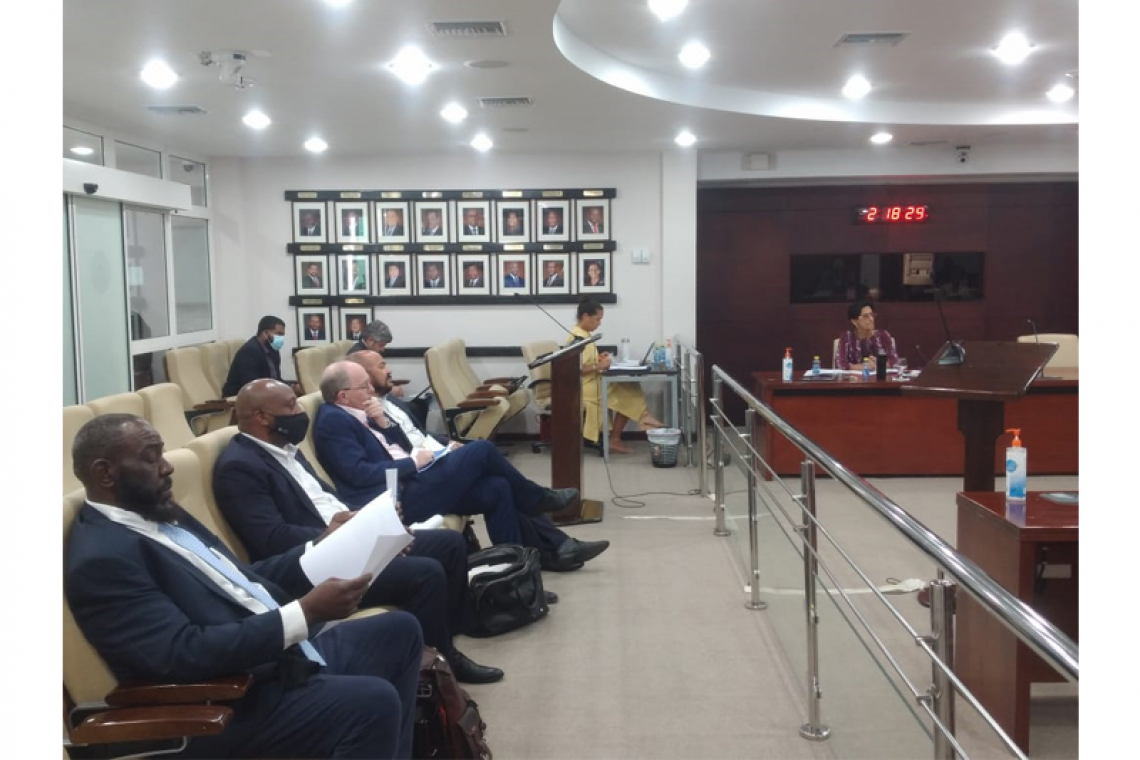 According to Mingo, this figure is better than the average of other airports around the world, which stands at 25 per cent.

These statements came during Monday’s meeting of Parliament’s Central Committee, which discussed the structure and composition of PJIAE and PJIA holding company PJIAH, the assets held by the two companies, as well as an update of the reconstruction project.

“The airport is handling a double crisis, in the sense of COVID-19 and the reconstruction,” said Mingo. “All other major airports have cancelled or deferred their capital programmes.”

Mingo outlined two scenarios that guide PJIAE’s estimates for 2021 passenger numbers, a so-called “base case” and “pessimistic case”. The base case assumes sustainable tourism recovery due to the global roll-out of the COVID-19 vaccine, he said.

PJIAE expects departing passengers to be around 49 per cent of 2019 figures in the base case, while the pessimistic case stands at 36 per cent compared to 2019. PJIAE released arriving passenger predictions late last month. Mingo stressed that there is a lot of uncertainty in these figures.

In an update on the reconstruction project, Mingo disclosed the contracts that have been awarded as well as the subcontractors working alongside the contracted companies.

The project’s environmental consultant is American consultancy firm Farmer Environmental Group, while mould remediation and waste disposal are being handled by American construction company AAR Incorporated with subcontractors Tidal Wave Construction, St. Maarten Recycling, and All Caribbean A and C.

NAGICO Insurances only released the insurance proceeds in April 2020 after the World Bank and European Investment Bank (EIB) effectiveness letter was received, said Mingo, adding that this had occurred while the country was in the heart of the COVID-19 crisis.

“The bidding process could only start after we had those funds available. … St. Maarten closed the airspace in April to July 2020, restricting access and travel. This also happened globally, so bidders requested extensions because of the global restrictions.

“The public tender process requires that certain clarifications be included in amendments to the bidding documents and this is a crucial part here. This is to avoid claims from some bidders after the fact, after we have awarded the contract, which would only cause further delays. … By adjusting the bid submission date, we reduce the chance that bidders translate risk and uncertainties in higher bid quotations,” said Mingo.

He told MPs that the mid-point cost estimate for the reconstruction project had gone up from US $107 million in 2018 to $119 million in 2020. However, he stressed that this figure is an estimate based on price indexation and updates in the project scope and design. The final cost can only be known after all the bids are in, he said.

Minister of Tourism, Economic Affairs, Transport and Telecommunication (TEATT) Ludmila de Weever presented the airport’s organisational chart to MPs. At the top is the government of St. Maarten, which owns 100 per cent of PJIAH’s shares. PJIAH, in turn, owns 100 per cent of PJIAE. Government holds PJIAE’s operating concession, while PJIAH leases airport assets to PJIAE.