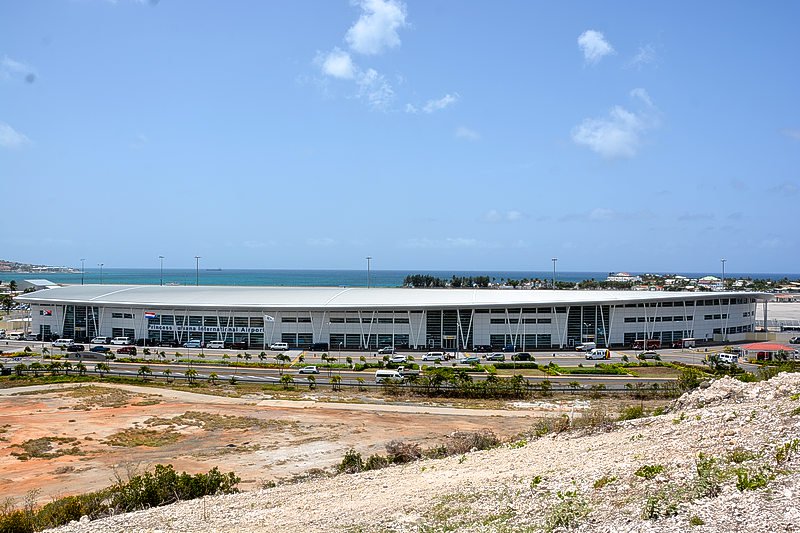 Minister of Tourism & Economic Affairs Mellissa Arrindell-Doncher on Wednesday announced that Princess Juliana International Airport (PJIA/SXM Airport) will open to accept all commercial flights as per October 10, 2017. “We will be back in business,” the Minister said. The symbolism of the date was also important to the Minister, marking seven years since St. Maarten obtained its new constitutional status.

The airport, the Minister explained, was given time following hurricane Irma and Maria to get back to a suitable operational level that falls within international safety standards. She re-iterated that the damage to PJIA was severe and no quick fix could have been applied. “Even as we open our airport, we are still months away from restoring PJIA to its former glory,” she said.

However, the Minister continued, “acting CEO of PJIA Michel Hyman assisted by Head of the Civil Aviation Department Lou Halley and his team, has done a terrific job in getting the airport to a point where we can open for business. I cannot praise these folks and their resilience enough in getting PJIA back up and running. Thank you.”

The Minister explained that while the airport is opening, there will be some changes in terms of passenger movement and security within the terminal building to allow for repairs to the building to continue. She said Hyman and airport management will ensure that passengers are in a safe environment at all times. “There might be some inconvenience here and there, but we only ask a little patience as we work to get back to 100%,” the Minister said.

She added that all airlines will issue information regarding their resumption of service via their respective outlets and agents. “We are in discussion with all of the airlines about resumption of service to St. Maarten. St. Maarten as a destination has been hit hard and the road to recovery is long, but we still do have some hotel inventory that can be serviced and we still want potential investors here. Basically, the message we want to send to the world is we are resilient, we are open for business and we look forward to welcoming you back.”

Minister Arrindell-Doncher also extended thanks to the personnel of PJIA and other contracted workers who have diligently been working to restore the airport to operational status as well as the Immigration and Customs Department. She thanked all airport handlers, airlines, commercial, charter and military, that came to St. Maarten’s aid by transporting relief supplies while the airport was closed.