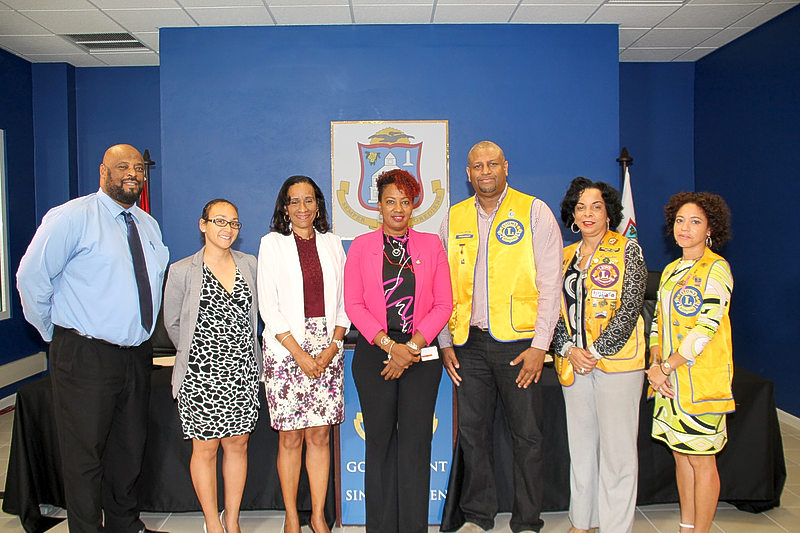 PHILIPSBURG–Drug and alcohol abuse by the island’s youth is a serious matter that must be addressed urgently, was the message brought forward by Minister of Youth Affairs Silveria Jacobs at a kick-off press conference with the St. Maarten Lions Club on Wednesday.

The Ministry of Education, Culture, Youth and Sports will collaborate with the Lions Club in an awareness campaign to curb drug and alcohol use by young people. In the midst of the Carnival season starting, the parties want to get the message out immediately.

Minister Jacobs said during the press conference that Truancy Officer Sachel Hyman was instrumental in the Ministry working together with the Lions Club which already had a project like this in the pipeline. “We will be printing pamphlets and other promotional material to give out to parents and get the awareness campaigns going,” stated Jacobs.

St. Maarten Carnival Development Foundation (SCDF) was not present during the press conference but Jacobs mentioned that they would be meeting with SCDF soon and expect the support of the Foundation, which has been doing its own awareness campaigns also.

Recently-appointed Culture, Youth and Sports Inspector Betty Illis said, “Since January 2017 the Inspectorate has been approached by management of primary schools to deal with a number of cases of drug abuse.

The first meeting with stakeholders will be at the Lions Den in Sucker Garden at 6:30pm Monday, March 20, to introduce the project to the relevant stakeholders and seek their cooperation in a quest to jointly tackle drugs and alcohol abuse by young people.