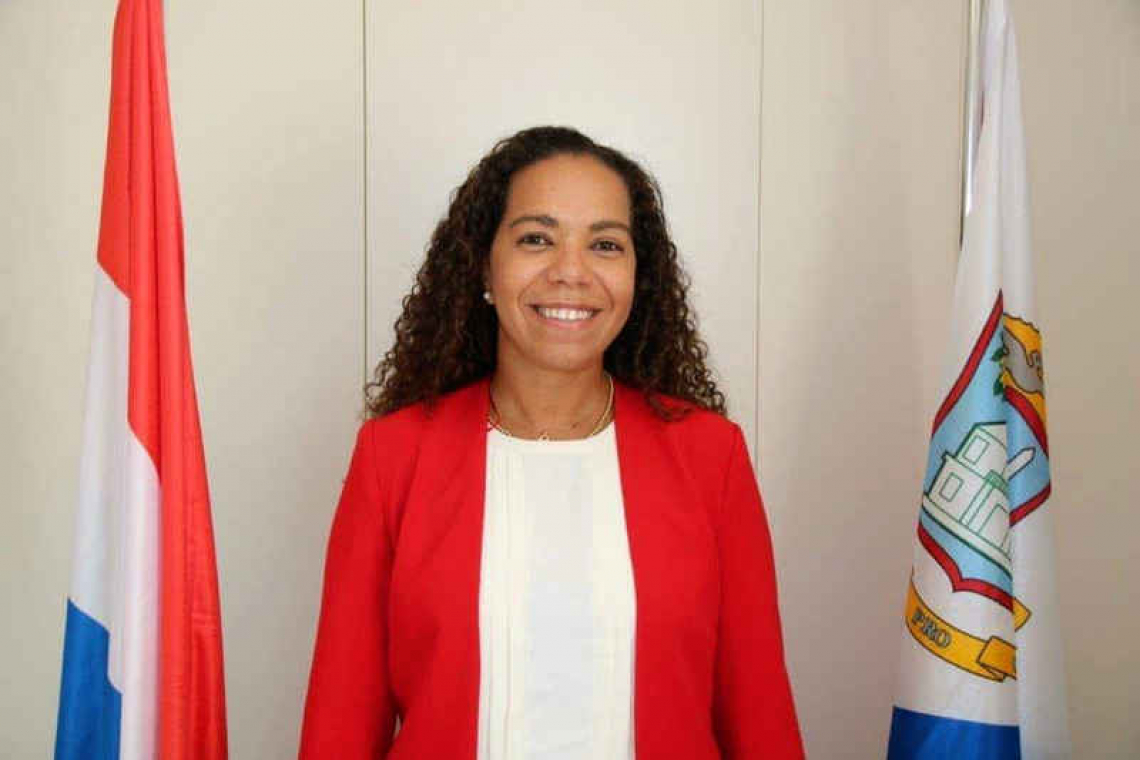 PHILIPSBURG–Minister of Tourism, Economic Affairs, Traffic, and Transportation (TEATT) Ludmila de Weever will be swapping her role in the executive arm of government for a legislative one and serve as a Member of Parliament (MP).

The minister said in a press release that it has been agreed that she will hold both positions temporarily "in order to have a smooth transition." Article 34 clause 2 of the St. Maarten Constitution says that a minister may not simultaneously serve as an MP (incompatible functions). There is one exception (also Article 34), which says a minister elected as an MP may combine the office of minister with membership of Parliament for a maximum of three months following his or her admission to Parliament. De Weever has been serving as a TEATT Minister since the swearing in of the new government on March 28, 2020.

De Weever, who was next in line on the United People’s (UP) party slate to become an MP following the departure of former UP MP Omar Ottley to become Minister of Public Health, Social Development and Labour VSA, said she has decided to take up her seat in Parliament. “After careful consideration during this delicate time and after close consultation with the many who keep St. Maarten’s best interests at heart, I decided to accept the parliamentary seat in accordance with article 105, paragraph 2 of the Electoral Ordinance,” De Weever said in a press statement issued late Thursday evening.

On April 21, the Central Voting Bureau (CVB) informed the Minister that she was elected to Parliament and had the option of choosing to take up her seat. De Weever notified the UP party, Prime Minister Silveria Jacobs, as well as the CVB of her intention to move to Parliament and take up a productive and active role in the legislative branch of government.

“As Minister, I served my country with humility and dedication during its most severe economic crisis in generations. There was no guidebook for this pandemic. No one in recent memory has had to contend with something of this magnitude, but we put our heads together and worked hard. I can say I gained valuable experience in the process. A lot of hard work was done in helping restore economic activities and many tough, but necessary, decisions in the best interest of our people were made, such as reopening air travel from the United States as early as August last year. Today, as hotel occupancy rates begin to rise we can see some of those decisions paying off, paving the way for a steady recovery,” De Weever said.

“In Parliament, I will ensure that the work of recovery we set out on continues. To those I’ve met and reached out to during these difficult times, I will continue to represent our country with all the powers and privileges of Parliament behind me. The work goes on,” de Weever noted.

The section of the St. Maarten Constitution which bars a minister from combining the ministerial and legislative posts simultaneously, unless just after an election.