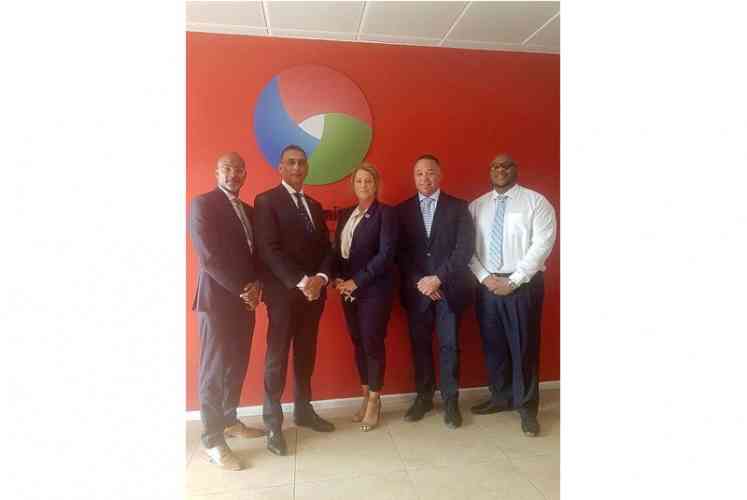 POND ISLAND–Finance Minister Perry Geerlings met with representatives of the Social Economic Council SER and the Tax Committee as part of his stakeholder sessions on the tax transformation plan.

Geerlings presented the plan to members of the SER on May 23 and June 10. During the presentation, he highlighted the urgent need for tax transformation and the way in which the transformation is planned to be carried out.

SER advises government on policies to sustainably develop St. Maarten, with the aim of achieving an improved quality of life for residents. SER represents all areas of society. Members of the board are representatives of employers, employees’ organisations, unions and independent experts. All board members were present during the sessions.

A similar presentation was given to the Foundation Tax Committee on June 19. The Foundation’s main objective is to encourage the proper application of tax laws in St. Maarten. Members of the committee are senior experts and executives in the field of tax advisory.

Geerlings said the presentations were “lively and very interactive presentations which allowed stakeholders to assess our plan and give us their valuable input, feedback and contributions.”

He said also that the presentations were “very well received” by SER and the Tax Committee, and that both organisations have indicated that they support the plan.

“Tax transformation is long overdue. For years we have neglected to invest in the tax administration, our primary source of income. With the tax transformation, we are beginning to create a financially sustainable government,” Geerlings said in a press release on Monday.

“We will not increase taxes. We do not want to burden our loyal taxpaying citizens on which this country has been depending on for years. Instead we will focus on the persons in the ‘grey economy’ to also get them to pay their fair share,” Geerlings noted.

According to the International Monetary Fund (IMF), the grey economy is expected to be in the range of 40 per cent (or roughly NAf. 600 million) of the total economy in St. Maarten (estimated at NAf 1.8 billion).

NAf. 60 to 150 million per year goes uncollected. “For years a portion of our society has not been contributing its fair share to the development of St. Maarten on the backs of the loyal taxpayers, without taking proper corrective measures. We have to fix this. It is now time to help the ordinary hardworking man. St. Maarten is relatively far too rich to allow the unfair distribution of wealth to continue,” Geerlings said.

The Tax Transformation Plan is of strategic importance for the future of St. Maarten and its citizens. Geerlings wants the plan to be widely understood and supported in society and started the stakeholder sessions as a form of transparency and openness in government, it was stated in the release.

The plan is expected to take approximately three years. Realising more income without raising tax rates is the main objective of this project and it is meant to make the country’s financial and economic future healthy and sustainable.

Geerlings said he will continue to present the plan to other stakeholders in the coming weeks and months.