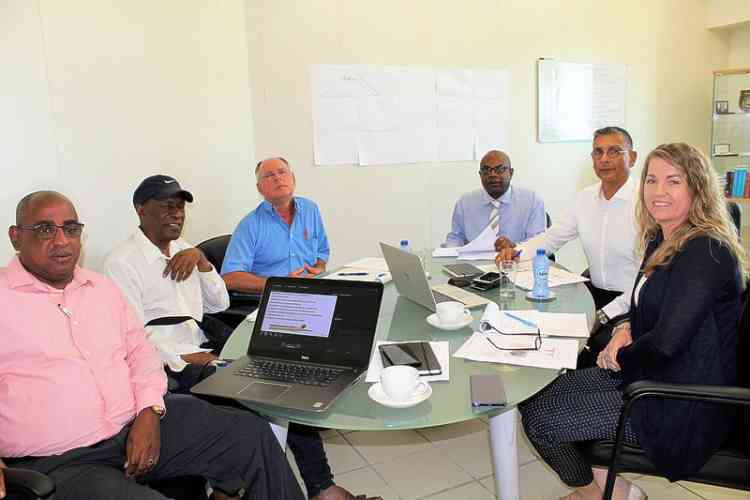 POND ISLAND–The management team of the Land and Mortgage Registry (referred to as the Kadaster in Dutch) visited Minister of Finance Perry Geerlings at his office Monday to provide an update on the progress being made to improve Kadaster operations.

The team provided Geerlings with information on the Kadaster’s operational, strategic and financial performance improvement plans and shared some of their short- and long-term objectives for the organisation and ideas for personnel improvement.

This meeting was called by Geerlings as a follow-up on the progress at the Kadaster since the appointment of an interim director just over one month ago.

Boekhold was officially sworn as the mortgage custodian by Acting Governor Reynold Groeneveldt on July 26. As well as being the interim mortgage custodian, Boekhold is also the acting director of the Kadaster, which allows him to sign letters of admeasurements (“Meetbrieven” in Dutch) for St. Maarten, Saba and St. Eustatius.