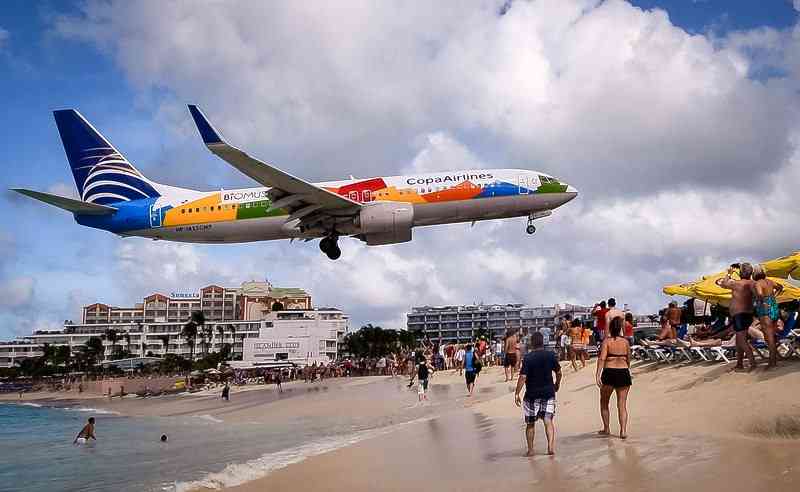 Earlier on Wednesday, Panama’s Copa Holdings said it would voluntarily suspend operations of its six Boeing 737 MAX 9 aircraft, following a decision by the U.S. air regulator to ground those jets.

PHILIPSBURG–Minister responsible for Civil Aviation in St. Maarten Stuart Johnson has issued a ministerial decree to temporarily restrict the use of Boeing 737 Max 8 and Max 9 aircraft in St. Maarten airspace, considering the recent international developments involving these aircraft, according to Johnson on Wednesday evening.

The minister held consultations with the Department of Civil Aviation, Shipping and Maritime and the Princess Juliana International Airport (PJIA) management team on Wednesday morning to determine a way forward “that both safeguards the lives of travellers to the destination and protects the island’s economic interests.”

“It is not an easy decision considering we are just beginning to see signs of increased airlifts to St. Maarten, but my first priority is to do what is necessary to, inasmuch as is possible, guarantee the safety of people travelling throughout our airspace. My team and I will continue to work with our international partners in the aviation industry and with the airlines who have shown confidence in our destination post-[Hurricane – Ed.] Irma, to find feasible solutions to this present challenge,” said Johnson.

He said that as aviation authorities and governments worldwide assess the situation involving these aircraft, it is critical that St. Maarten does not appear to be lagging behind in addressing the matter. He based his decision to sign the ministerial decree, which goes into effect as of today, March 14, on two recent incidents involving the Boeing 737 Max 8 aircraft.

The first incident involved a Lion Air 737 Max 8 that crashed off the coast of Indonesia, killing all 181 passengers and crew members on board. The second incident occurred early this month, less than six months later, when an Ethiopian Airlines Boeing 737 Max 8 crashed shortly after take-off, killing all 157 passengers.

These two incidents have resulted in most of the civil aviation authorities (CAAs) globally deciding to issue bans on the use of the aircraft within their airspace. These include the United Kingdom UKCAA, Singapore, Australia and EASA European Union. St. Maarten’s counterparts in Aruba, Curaçao, Canada and the Netherlands have also closed off their airspace to this type of aircraft as of March 12.

United States (US) President Donald Trump also announced the immediate grounding of these aircraft on Wednesday and restricted their use in US Airspace.

Johnson said the Department of Civil Aviation, PJIA and his Cabinet will continue to monitor the developments and will await the report being prepared by the US Federal Aviation Authority (FAA), based on its investigations into the incidents, to determine the next steps to be taken.

He said, “We will be keeping the travelling public and all stakeholders abreast of all developments in this regard, and I must reemphasise that safety is my primary concern.” He added that PJIA has been rated as “a very safe airport by international standards” and this is due to the combined effort of all stakeholders.