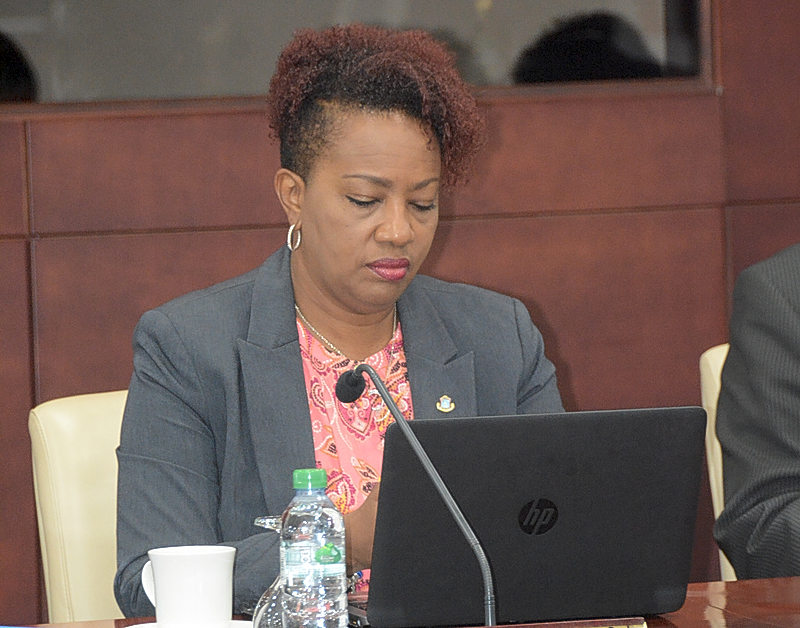 PHILIPSBURG–Minister of Education, Culture, Youth Affairs and Sport Silveria Jacobs started the presentation of her Ministry’s year plans to the Central Committee with the African proverb “It takes a village to raise a child,” stating that investments in education, social affairs, sport and the arts are lagging behind.

Plans to renovate and upgrade the island’s sports, cultural and art facilities had to be shelved once again due to financial constraints, Minister Jacobs said during her presentation. “But we are seeking creative ways to still realise some plans,” she assured.

The Ministry’s budget for 2017 stands at NAf. 122,171,170, 72.6 million of which will go towards education provided in the island’s eight public schools, including National Institute for Professional Advancement (NIPA), with a total teaching staff of 211.

Among plans to be implemented are the Inspiring Students with Technology in Education iSTEP Project to introduce technology in the classrooms at public schools and the Educational Care Centre aimed to provide care and curative services to children with challenges, which is to open at the former Charles Leopold Bell School in September.

“Balancing the budget is no easy feat and is quite challenging,” Jacobs said, explaining that her Ministry wants to generate more income by trying to regulate and improve the collection of study-financing debts.

A draft ordinance on study financing is to be expected in the third quarter of the year, she said, which will include stipends for talents in the arts.

An integrated youth policy is being finalised, which will include a reporting centre for child abuse as well as “reporting codes and investigation approaches” in cooperation with the Justice Ministry.

An emotional-intelligence programme will be introduced in schools to deal with tolerance, discrimination and bullying. Safety regulations at school premises will be reviewed and enforced, Jacobs announced.