Home Local News Minister Knops: We are one Kingdom, we help each other | THE... 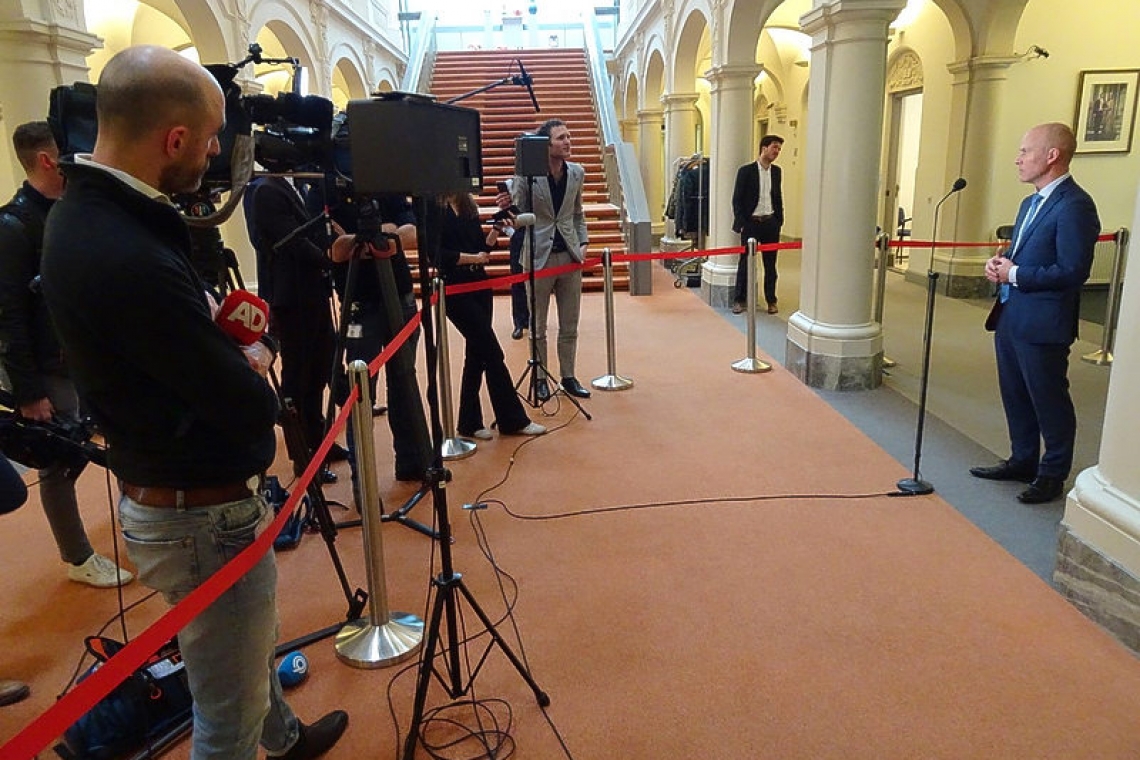 What were today’s decisions regarding the islands?

Today, we decided in the Council of Ministers meeting to issue a package for the Caribbean Netherlands similar to the one that was announced earlier this week for the Netherlands.

It concerns measures for companies that have been hit by the crisis, which is especially great in the tourism sector. This package is being further worked out and has to result in assistance for people who no longer have an income and for support of the private sector. It will not be an exact copy of the measures in the Netherlands, also because the regulations and circumstances are different on the islands.

Regarding the Dutch Caribbean countries, which have their own responsibility for economic development, we have agreed in the Kingdom Council of Ministers, based on an acute assessment of the Committee for Financial Supervision CFT and the International Monetary Fund (IMF), to look into what the countries need in the short term and mid- to long term to create space for them to take the necessary measures.

The economy mostly depends on tourism and that means total vacancy in the tourism sector of Aruba, Curaçao and St. Maarten when all tourists have left the islands in a few days. It means that thousands of people will end up without a job.

Is the Netherlands willing to provide additional funding?

We will decide in the next Kingdom Council of Ministers meeting, and that will be within a month, how to give exact content to this, based on an acute assessment by the CFT and IMF. The Netherlands recently provided liquidity support to St. Maarten, so they can manage for a little while, but for Aruba and Curaçao the situation is more urgent, and that is what we will be looking at now.

How urgent is the situation on the islands in terms of medical capacity?

This is exactly why the islands have opted for far-reaching measures, because their resilience capacity is less. Everything is being done now to expand the medical capacity where possible. This is something that my colleague State Secretary of Public Health Paul Blokhuis is working on.

We totally support the decision of the islands for a lock-down, despite the enormous financial and economic consequences. These measures are needed, because if you get to the number of cases that we have in the Netherlands, it will be a problem for the medical facilities to handle. Everything is now focused on limiting the number of contaminations, and so far it has remained limited. That is why social distancing is so important. It is a very effective measure which we hope will contain the spreading.

Is sending a Navy ship to the islands an option?

All options, including this one, are currently being worked out. The focus is on how to expand the medical facilities, the intensive care capacity. That can be done with a ship, but also in other ways; for example, by constructing additional hospital capacity.

Prime Minister Silveria Jacobs of St. Maarten has asked for ventilators from the Netherlands which are needed, also because of possible patients from Saba and St. Eustatius. Have you approved that request?

That request was indeed made via the crisis channel. I spoke with the prime ministers of the three countries yesterday via video-conferencing. We discussed the situation on the islands.

You are well aware that additional help is needed within the Kingdom. Will you be cutting some slack where it comes to the islands?

Cutting slack is not the right term, but what we see now is that for the first time in a very long period we are being confronted with the same crisis, be it in different phases. It connects us. We told each other that it is important now to learn from each other. We are working together. We are all in the same boat. In these types of situations, cooperation within the Kingdom proves very valuable.

Curaçao has asked for leniency regarding financial supervision. Will this happen?

I want to make a distinction between supervision and the norms that we keep. We have decided in the Kingdom Council of Ministers that we will come back to this in the next meeting based on the advice of the CFT and IMF to see how we can arrive at a good solution for the financial needs of the countries.

The countries have their own responsibilities, but we are one Kingdom and we will help each other on this point. We will see which areas in the financial supervision law we can consider, based on article 25 which deals with cases of extraordinary circumstances.

In the meantime, will you stay in touch with the three prime ministers?

For sure. We are in contact every week and more often if that is necessary. State Secretary Blokhuis stays in direct touch with the Caribbean Netherlands via the medical channel and with the Ministers of Public Health of the three countries.