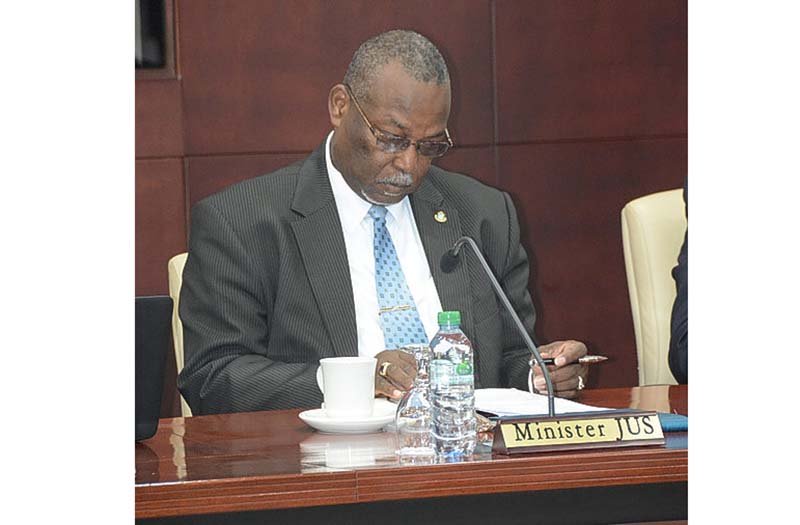 PHILIPSBURG–Minister of Justice Rafael Boasman says he “hit the ground running” when he took office in late December 2016. “Yet there is so much left to be done,” he said during Tuesday’s presentation of the Justice Ministry’s year plan 2017-2018 to Parliament’s Central Committee.

He said it is the Justice Ministry’s mission to keep the community and visitors safe. To this effect the plans include an improvement of the prison system, more police officers and an country-wide video camera surveillance system, which Boasman said is “needed in order to move forward.”

He said privacy concerns about the camera surveillance system will be addressed and presented to Parliament this year, as well as a policy to tackle cybercrime.

Among the Ministry’s plans are also the finalisation of the organisational structure and the curriculum of the Justice Academy, an evaluation of penalties for criminal acts, and an adaptation of the National Ordinance on Admittance and Expulsion LTU to generate more income for Government.

The Minister said Plans of Approach for the prison and the police have a high priority, but have not yet been completed.

He said the buildings of the Justice Institute and the holding facility (“Grenshospitium”) in Simpson Bay are to be put to use.

A Youth Community Service Policy is to prevent young offenders from committing more crimes. These young offenders will be provided with a rehabilitation programme and guidance “to get them on the right path,” Boasman said.

The expansion and upgrading of the Pointe Blanche prison “to meet St. Maarten’s needs and international standards” are to be realised in the 2017-2018 period, Boasman said.

Where tourism is concerned, Boasman said his Ministry is also involved in the establishment of a bilateral agreement between the Governments of St. Maarten and the United States towards the formalisation of a pre-clearance agreement for US-bound travellers.