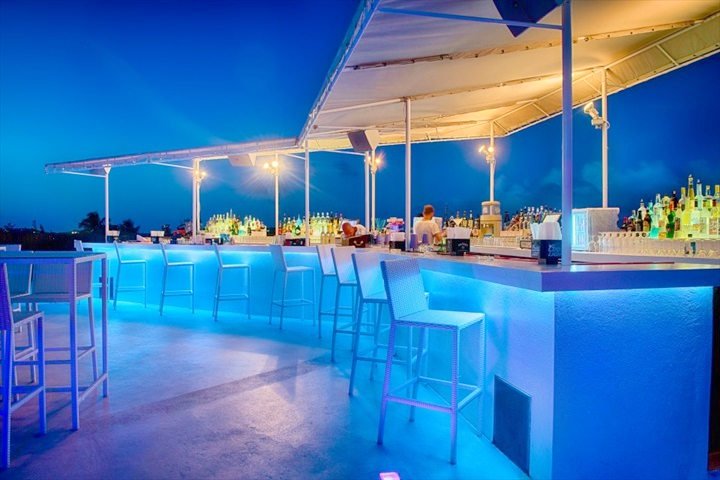 According to Goldman, Boasman incorrectly stated that the company hired undocumented workers and management should be ashamed for showing poor judgement.
The Sky Beach owner is furious about the false claims and informed this newspaper that workers were hired under employment agency Labor Experts. Sky Beach is also up to date with its taxes and has no intention of trying to deny health care or withholding taxes from Government.

“The way the Minister made Sky Beach look was that we were this rough company operating outside the means of the law and this is incorrect. I do not want to go into a public debate with any Government official, but Sky Beach has been in operation for seven years and we have a long-standing relationship with employment company Labor Experts,” stated Goldman.

“There were five persons that were taken by police and not six like the Minister mentioned. Labor Experts managed to straighten everything out, as the employees were paying taxes and have medical insurance. We are not bad people. There is nothing wrong with hiring an employment agency to provide workers for a company.”

Labor Experts St. Maarten Director Roberto Hunt also wanted to set the record straight that the company made sure that legal working documents for the specialised workers were in good order and it had been alleged that taxes were not paid by those workers.
“We have a good relationship with Sky Beach and we handle all the hiring for the company. The company has everything up to date and to publicly say incorrect information hurts the image of the good company,” stated Hunt.

Boasman said on Wednesday that he would be calling the names of certain businesses publicly, because these businesses should be ashamed for showing such poor judgment.
Goldman said Maho Village is a busy place at night and to scare tourists who come to the area after 11:00pm on a Friday is bad for the tourism business.

“Sky Beach caters to our guests and locals alike and I would hate for this to really hurt the image of my business. I started getting e-mails from around the world with people asking is the island really safe and can they come to visit. Tourists ended up leaving the island with a bad taste since visiting the popular spot,” he said.

He added that perhaps the Minister has an issue with employment agencies, but he sees nothing wrong with hiring Labor Experts and making sure his taxes are up to date. “There are a few good businesses on-island and I would hope that Sky Beach is one of them,” said Goldman.

Some of the workers who were held by immigration on Friday were embarrassed and frustrated by the incident and opted to go back to their homeland, according to Goldman.