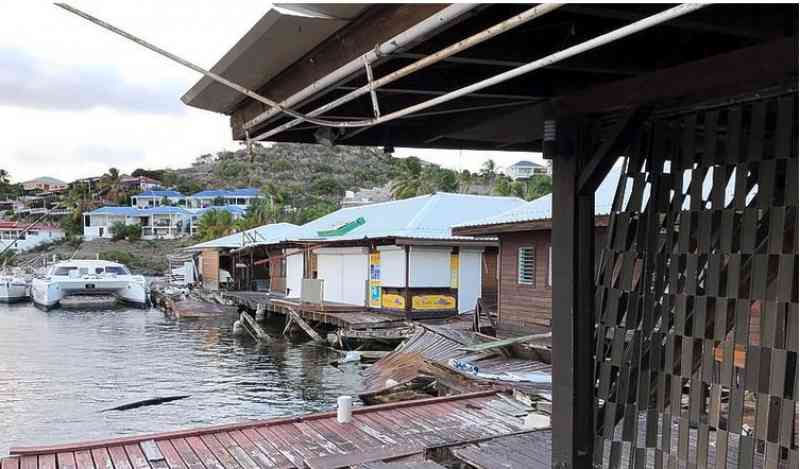 THE HAGUE–Dutch Minister of Foreign Affairs Stef Blok confirmed on Friday that he will once again stress the importance of finding a solution for the Oyster Pond border dispute, during the meeting with French Minister of Overseas Territories Annick Girardin next month.

This was the second time Van Raak posed written questions to seek clarity regarding the conflict between the Dutch Kingdom and the French Republic about the St. Maarten/St. Martin border at Oyster Pond.

The Member of Parliament (MP) asked, among other things, about the reasons why owner of Captain Oliver’s restaurant and marina Maggi Shurtleff could not reconstruct her property which was badly damaged by Hurricane Irma in September 2017.

Blok confirmed that the property in the past had received a building permit from St. Maarten. “Within this permit, the owner is allowed to rebuild the restaurant and marina in its original format after Hurricane Irma. St. Maarten is not hindering the reconstruction. However, it is possible that the insecurity caused by the border conflict makes the reconstruction difficult. The Netherlands and St. Maarten are doing their utmost to solve this situation,” Blok stated.

He explained that the owner has indicated that she fears new interventions by the French government and that she is looking for guarantees to prevent these incidents. One incident occurred in 2014, one in 2016 and two in 2017 whereby French authorities carried out controls at the premises. In response to this, the Dutch Kingdom has voiced protests, among other things with diplomatic messages.

“It is, therefore, important to, on behalf of the owner, find a solution together with France. This desire has been indicated several times with France. In my next meeting with the French Minister of Overseas Territories, which will take place in a month, I will again emphasise the importance of this,” stated Blok.

As to why the negotiations will only start by the end of this year, while the border conflict has existed since 1996, which was a question of Van Raak, he explained that after the signing of the maritime border treaty between the Dutch Kingdom and the French Republic in 2016, preparations had started for the negotiations about the land border.

Those preparations consist of, among other things, a technical part, including the identification of the parts of the border that are disputed and the collecting of relevant materials such as maps. Another part of the preparations consists of the assessing of both parties’ legal positions.

Two technical meetings have taken place between the Kingdom and France. However, this process suffered a delay due to the devastating Hurricane Irma. As a result, the priorities were mainly focused on the reconstruction of the island, Blok clarified.

The border conflict in Oyster Pond concerns the question whether the demarcation is situated in the middle of the lagoon or along the North shore. As Blok stated in his reply to earlier questions by Van Raak, the difference of opinion only affects Captain Oliver’s restaurant and the marina’s pier on the North shore of Oyster Pond.

“The lack of a border on the rest of the island so far has not led to disagreements. As part of the technical preparations for the border negotiations, an assessment is currently being made where, according to the parties, the exact demarcation of the border should be, and whether there are discrepancies,” Blok stated.