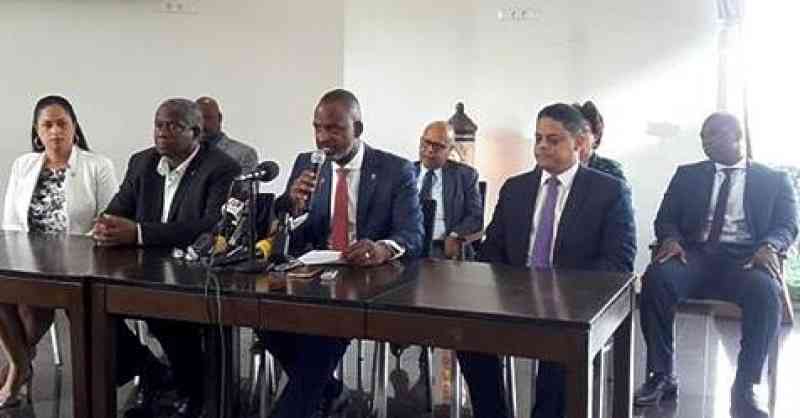 WILLEMSTAD—Curaçao Minister of Economic Development Steven Martina (MAN) unexpectedly resigned.  He is former CEO of insurance firm Guardian and, as it turns out, allegedly did not put enough of that company’s stock on hold when he became a cabinet member in 2017.

The Prosecutor’s Office started a criminal investigation into the issue with the shares. The minister said he did not do anything wrong but would step down so that the authorities can freely carry out their probe.

Martina is the son of former Prime Minister of the Netherlands Antilles Dominico “Don’ Martina. The entire Rhuggenaath was at the press conference in which the minister announced his resignation.