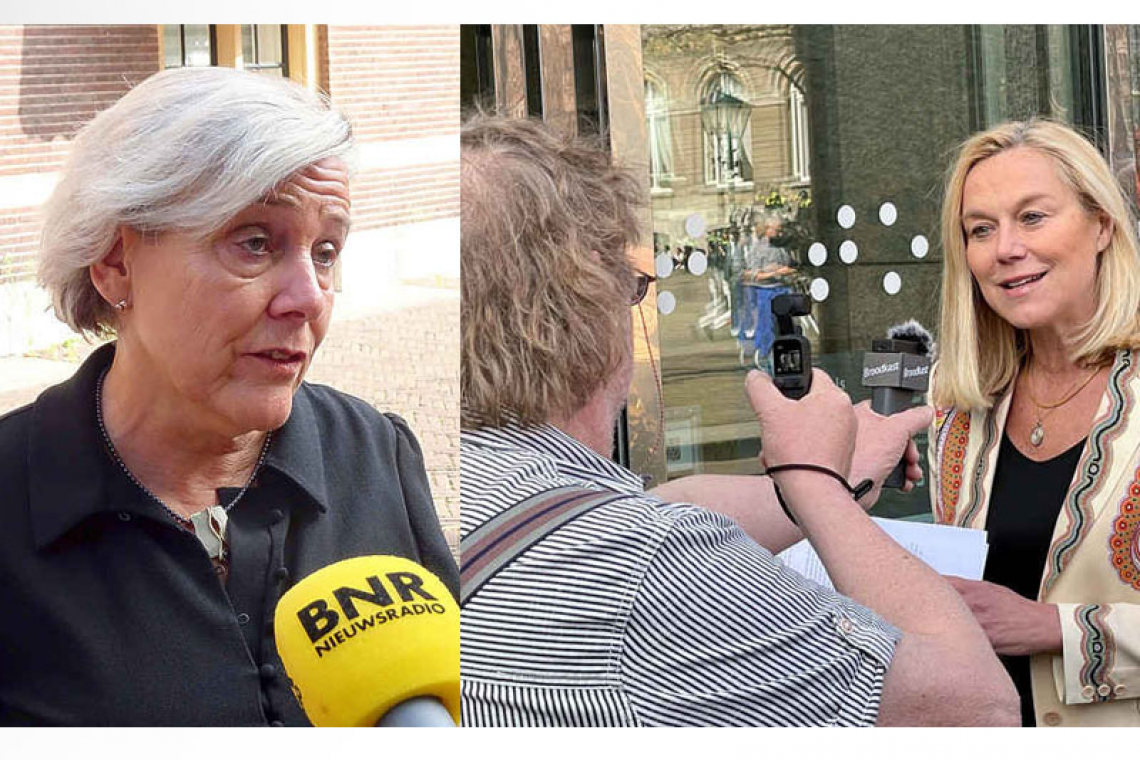 On Friday morning, the Dutch Government Information Service RVD confirmed that Minister Kaag had tendered her resignation at the King. She will be temporarily replaced by caretaker Minister of Foreign Trade and Development Cooperation Tom de Bruijn, who just like Kaag is of the Democratic Party D66.

Later that day on Friday, Minister Bijleveld requested the King to approve her resignation. As long as no new minister of Defence is appointed, caretaker Minister of Justice and Security Ferd Grapperhaus, who is also of the same Christian Democratic Party CDA as Bijleveld, will be in charge of Defence.

A new minister of Defence will be sought who will come from the CDA party. Bijleveld is a former State Secretary of Kingdom Relations who played a cardinal role during the dismantling process of the Country the Netherlands Antilles and the establishing of the countries Curaçao and St. Maarten, and the public entities Bonaire, St. Eustatius and Saba.

Kaag resigned on Thursday, after a majority of Parliament said she had mishandled the evacuation of refugees from Afghanistan last month. Bijleveld resigned the following day after a crisis meeting of the CDA party.
Members of Parliament (MPs) from across the political spectrum said Kaag and Bijleveld bore responsibility for the government's slow response to the surge of the Taliban, and for failing to prepare the safe passage of thousands of Afghans who could have been eligible for asylum in the Netherlands.
"Your chamber has decided the Cabinet acted irresponsibly," Kaag said. "The minister must go if her policy has been rejected." Bijleveld said in a press statement on Friday that initially she wanted to continue “for the men and women in the frontline,” but later decided that she could not stay on as her position had become a “source of discussion.”
Dutch military planes evacuated around 2,100 people from Afghanistan to neighbouring countries in the last two weeks of August, and almost 1,700 of them had the Netherlands as their final destination. They included 708 Dutch nationals, 371 interpreters and others who worked for the UN peacekeepers, 211 embassy workers and their families plus various aid workers and other officials.
In addition, 319 of the evacuees were evacuated under the terms of the Belhaj motion, including cooks, journalists, human rights activists and security guards.
The Belhaj motion is a parliamentary motion backed by a majority of MPs who said everyone who worked for the Netherlands should also be evacuated. Ministers had pledged to carry the motion out fully.
But hundreds of Dutch citizens, many of Afghan origin, and an unspecified number of Afghans who worked for military missions, news media or non-governmental organisations were left behind as they were not able to reach the airport.
MPs slammed the government's strategy on the Afghanistan evacuations during Wednesday night's debate, which lasted until 2:45am. In particular, MPs said the cabinet is to blame for the fact that interpreters were left behind in Afghanistan.
Labour MP Kati Piri said that while she is usually proud to be Dutch, she is now "deeply ashamed". Others described the cabinet's performance as "apathetic", "slow" and "vague".
Caretaker Prime Minister Mark Rutte told MPs he thought it "terrible" that not everyone was evacuated from Kabul.
Kaag said the cabinet had made the "wrong assumptions". "We apparently had a blind spot about how bad it would get and how quickly it would get that bad," she said.
Ministers had also made the wrong assumptions about airport safety and dependence on the Americans, who were running the airport during the evacuations, Kaag said. "I really regret it; it is terrible, but this is how things are," she said. "We cannot turn back the clock."
Former diplomat Kaag served as UN Special Coordinator for Lebanon from 2015 to 2017, and before that headed a UN team overseeing the destruction of Syria's chemical weapons.
Her left-leaning D66 party was one of the main winners in the general elections last March, but efforts to form a new government have so far stalled.