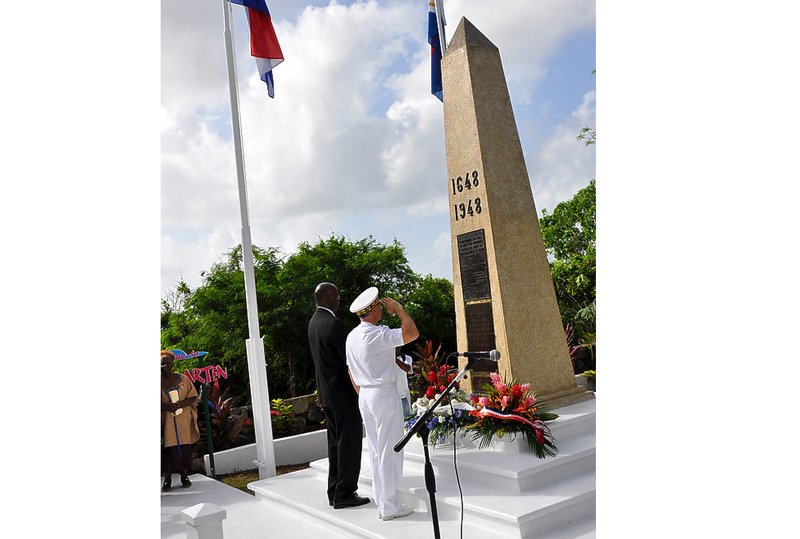 PHILIPSBURG–As a show of protest against what Prime Minister William Marlin has called infringement on the Dutch side’s territory of Oyster Pond, the Council of Ministers will boycott the official ceremonies of St. Martin/St. Maarten Day to be held on the French side tomorrow, Friday.

Marlin told Parliament on Thursday afternoon that in light of the responses given by French authorities, in particular Préfète déléguée Anne Laubies, about Oyster Pond being French and not Dutch side territory.
In response to the territorial infringement, Parliament has passed a motion “to strongly condemn the acts of agressions exemplified by the unilateral actions of the French authorities/gendarmes in Oyster Pond Lagoon which has historically and legally been part of Dutch St. Maarten.”

The motion also calls on the Dutch Kingdom Foreign Affairs Minister “to promptly address this matter with his counterparts in Paris.” All 11 Members of Parliament present for the meeting voted for the motion tabled by MP Silveria Jacobs.

Parliament was advised by Marlin to take a similar stance and a motion was presented to that effect. Opposition Democratic Party Member of Parliament Sarah Wescot-Williams made it clear on the floor of the legislature that she and fellow DP parliamentarian Emil Lee did not support a boycot.

Wescot-Williams said the celebration of St. Martin/St. Maarten Day is about the unity of the people of the island and has nothing to do with the powers in Paris and The Hague. Not being present at the ceremony “would not sent a good signal of unity.”

She instead urged the prime minister to make use of the St. Maarten Constitution, Article 67 in particular, and go to The Hague directly deal with the border issue. Her stance was not supported by other MPs who agreed with the boycott of the ministers as plan to do same.

Marlin was in Parliament Thursday for the continuation of an urgent plenary session that started on Wednesday about the situation at Oyster Pond. The situation came to a head when French authorities halted renovation works at Captain Oliver’s Marina, a  Dutch side registered and licensed business, claiming no tax was paid nor permit was issued by French side.