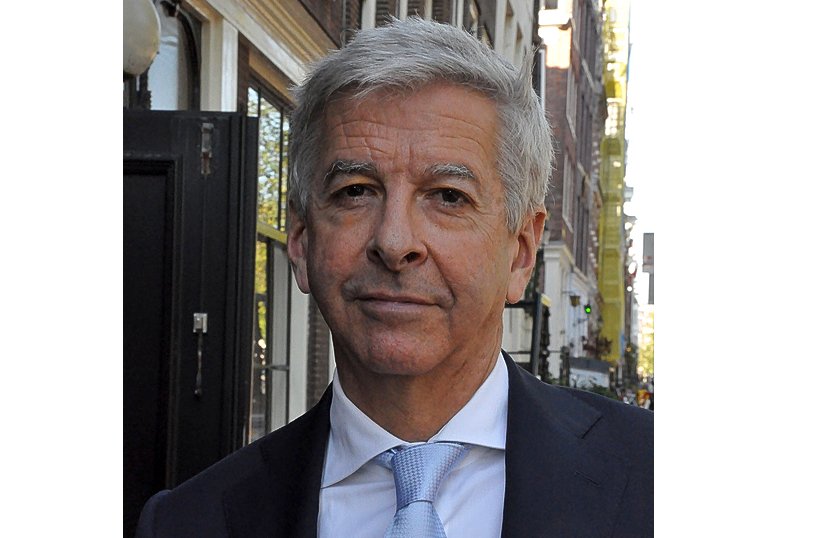 THE HAGUE–Dutch Minister of Home Affairs and Kingdom Relations Ronald Plasterk has suggested to the Dutch Ministries by to keep their direct contact with the St. Eustatius Government at a minimum for now and to coordinate with the Kingdom Representative for the Caribbean Netherlands Gilbert Isabella.

The idea is to have the Statia Government dedicate its full attention to the actions that are needed to strengthen the administration and the financial management of the Public Entity, and to get moving on the execution of the Plan of Approach. This Plan of Approach was drafted about a year ago with the input of the Executive Council, but progress in the execution of this plan has been lacking.

In a stern letter to Chairman of the Executive Council, Acting Island Governor Julian Woodley, dated November 10, 2016, Minister Plasterk emphasized his extreme concerns about the lack of progress, as he has done on earlier occasions.

“Considering the developments that I have taken note of I cannot trust that the execution by the Public Entity of the Plan of Approach or of other projects on the islands are currently guaranteed. I am deeply concerned about this situation,” Plasterk stated in the letter which was obtained by The Daily Herald.

The Minister has asked Isabella to report to him and to provide advice shortly about the administrative situation in St. Eustatius. In anticipation of this report and advice the Secretary General of the BZK Ministry has recommended the ministries in The Hague to keep the direct contacts with the Island Government to a bare minimum, and to involve the Kingdom Representative in these contacts.

This approach would prevent that the actions by the various ministries in The Hague would cause too much distraction. According to a spokesperson, it does not concern a boycott of St. Eustatius as was suggested by some media.

“This will be the case until there is a visible ascending line of the input of your Executive Council, Island Council and Public Entity in the execution of the Plan of Approach. My call to you is to take your responsibility and to direct your input on a true improvement of the (administrative) functioning of the Public Entity St. Eustatius,” stated the Minister in his letter.

During a meeting between the Kingdom Representative and the Executive Council on September 28, 2016, it was decided that the BZK Ministry was willing to expand the budget to execute the Plan of Approach by 700,000 euros. The decision was taken considering the need to continue the support of the Finance Unit in the remaining months of this year.

According to the Minister, it was very clear that the Netherlands would be covering the costs to execute the Plan of Approach for 2016. Plasterk stated that the impression created by the Statia Government that the BZK Ministry did not comply with the agreements or did not invest sufficiently to strengthen the governmental apparatus was incorrect.

To cover the costs of the Plan of Approach in 2017, it was agreed with the Statia Government that the local administration, in consultation with the Kingdom Representative, would file a request at the BZK Ministry for a contribution. So far, the Ministry has not received such a request and as a result, no funds have been reserved on the Kingdom Relations budget.

Plasterk put the Statia Government under supervision in June 2015 because the financial administration and the financial management was not in order. As of late, the tension between the Minister and his Ministry and the Statia Government, particularly the PLP-led coalition, has been mounting. PLP Leader and Island Councilman Clyde van Putten has accused Plasterk and the BZK Ministry of breaching agreements and moving the goal posts.

The operation to hire the accountancy firm KPMG Curaçao to assist the Finance Department, a step which was needed because St. Eustatius was unable to do this job on its own, has been a source of contention from the side of the PLP. The BZK Ministry is feeding this US $700,000 bill, but the local government has to pre-finance the amount since it is the contracting party.

The operation involves a broad scale of activities and projects to get the financial management in order. It concerns the restructuring and cleaning up of the financial administration, the supporting and training of personnel of the Finance Unit, the drafting of the 2017 budget, the setting up of various crucial processes in the administrative organisation such as the collection of local taxes, mainly long lease (“erfpacht”) tax and motor vehicle tax.

The assistance by KPMG Curaçao is from July 2016 until early 2017. The BZK Ministry pays the deployment of KPMG in 2016. The task of KPMG is of a supportive nature, which means that St. Eustatius is also supplying human capacity and financial means. The ultimate goal is to enable St. Eustatius to handle its own financial affairs in a sustainable manner.