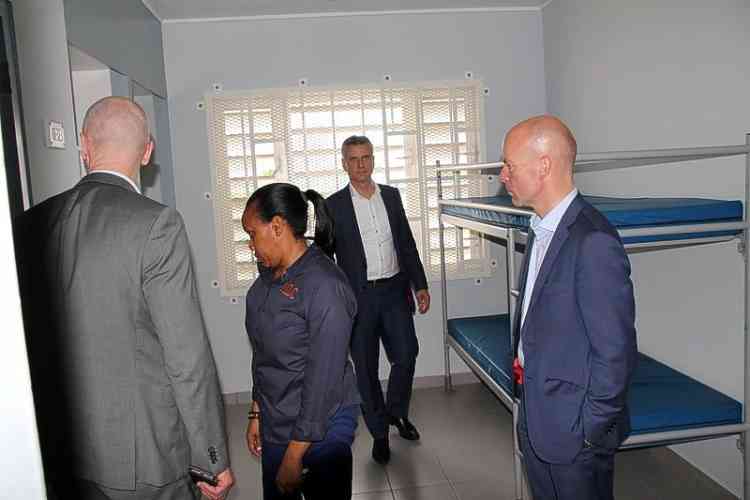 PHILIPSBURG–Miss Lalie Centre (MLC) will be operational before the new school year, according to Minister of Justice Cornelius de Weever, who informed Members of Parliament (MPs) about the status of the juvenile detention centre during the handling of the 2019 country budget.

The facility was permanently closed after the passing of Hurricane Irma in 2017, which left the country with no holding facility for minors who had to be detained.

“MLC will be operational before the new school year begins, as the final repairs are being carried out to adhere to international standards.

“The goal of reopening MLC is focused on substantially increasing the strength of infrastructural security such as upgrading the camera system (near completion); replacing the security cell doors and replacing the toilets and sinks to penitentiary grade equipment; repairing the damage caused by Hurricane Irma; meeting the personnel criterion through filling the key vacancies; further training the current personnel; and further developing the current education and day programme.

“E-learning is being considered in order to be more cost-efficient,” stated De Weever on the floor of Parliament recently.

“The realistic time frame of being able to reopen the facility is during the summer months of 2019. We are awaiting the arrival of the new penitentiary-grade cell doors which were delayed. This also gives the ministry ample time to proceed with the hiring process of the key vacancies and fill the required openings.”

The centre was named after the late Eulalie Meyers, who was known for preaching to Pointe Blanche prisoners for more than 40 years. The centre was built for boys ages 12-18 who had made some wrong choices. The objective continues to be not only to retaliate, but also to educate, guide and to offer prospects.