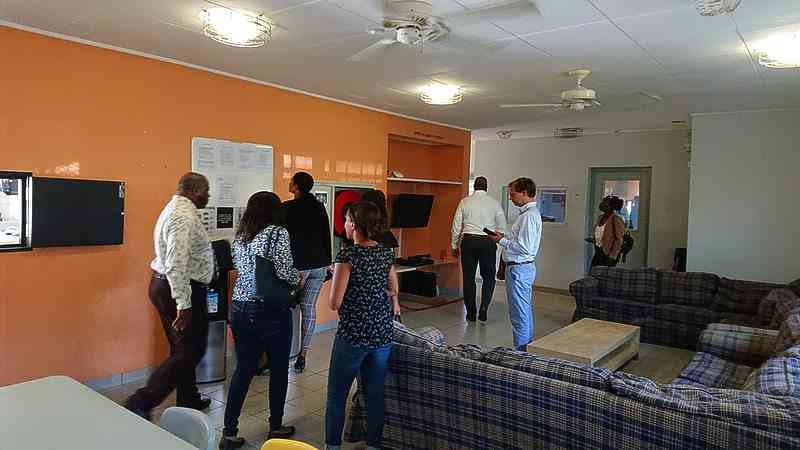 CAY BAY–Miss Lalie Centre will welcome two juvenile offenders in the coming days, said Justice Minister Cornelius de Weever on Thursday. This marks the first time the juvenile detention centre will house juvenile detainees since its use was discontinued following the passage of Hurricane Irma in September 2017.

Speaking with media and several justice stakeholders at a tour of the renovated facility on Thursday, De Weever highlighted that one wing of the upgraded facility is now complete, with a second and final wing to be completed in the coming months. Each wing has the capacity to house 10 inmates.

This closes a hole in the justice system, according to De Weever, who noted the facility will only house boys ages 12-18 years.

The centre will not specifically cater to girl offenders. However, if the need arises, they can be held separately from the boys, De Weever said.

When asked what upgrades this facility has compared to the pre-Irma one, staff member Jaime Brooks said the security system has been revamped with new camera surveillance, magnetic-card-operated cell doors, and penitentiary-grade bathroom installations, promoting the safety of staff and detainees.

Classrooms have also been fitted with the latest technology, as a livestream video connection should allow juvenile offenders to follow their regular classes remotely.

Courses will not only be academic, but also culinary, agricultural, and mechanical options are to be offered.

While the detention centre still has no definite date for a complete re-opening, De Weever said staff are being recruited to fill vacancies as the centre slowly becomes operational. The centre falls under the jurisdiction of the prison; therefore, Volunteer Corps VKS officers can be utilised as guards if necessary. Other than security staff, the centre will employ a cook and several pedagogical staff as well.