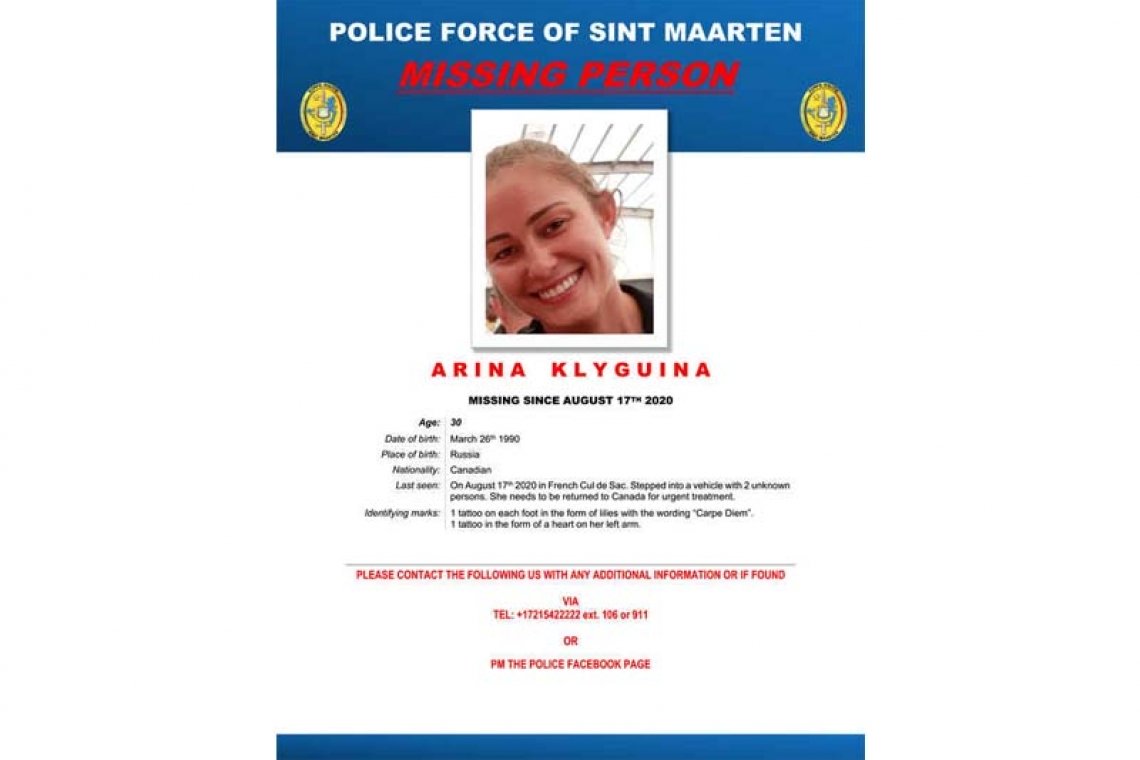 She is in good health and left home because of a disagreement with her partner.Rutger Patrick, Klyguina’s husband, filed a missing person report with police on Wednesday, August 19. He told police she was last seen stepping into a vehicle with two unknown persons in French Cul-de-Sac two days earlier, and that she had not returned home or contacted any family members since her disappearance.

On Thursday, police requested help from the public to locate Klyguina.Klyguina then turned up at the Philipsburg police station at 2:00pm Saturday. She told authorities she was not in danger and had been staying with a family friend since leaving home.

In a press release on Saturday, police thanked the community for their assistance.