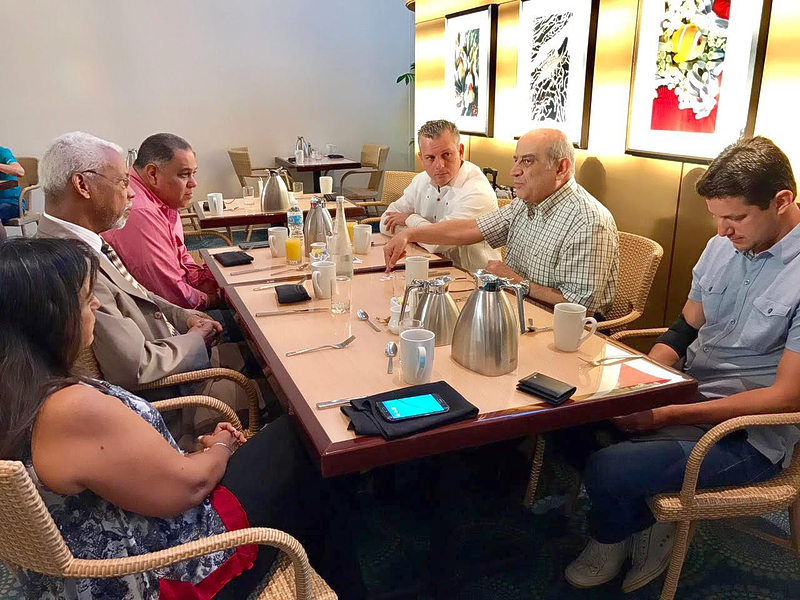 Curaçao’s interim Minister of Economic Development Errol Goeloe (KdNT) and coalition leader Gerrit Schotte (MFK) met with the owner of Synergy Corporation and Avianca Airlines shareholder German Eframovich in Miami to discuss the problems with the island’s carrier InselAir and related issues such as the “Open Sky Policy.” According to a press release issued by Schotte’s party, the Colombian airline that recently formed an alliance with United Airlines in the US is willing to help with a “turnaround” of InselAir to create 400 jobs there again, also get the country back into Category One of the American Federal Aviation Administration (FAA) too. The delegation also met with the South American “On Vacation” group to facilitate its pending takeover of the two Kura Hulanda properties for US $18 million, with plans to add 40 rooms at the hotel in Otrobanda and 100 more at the resort in Westpunt, for a total investment of US $20 million that will supposedly create another 400 jobs.