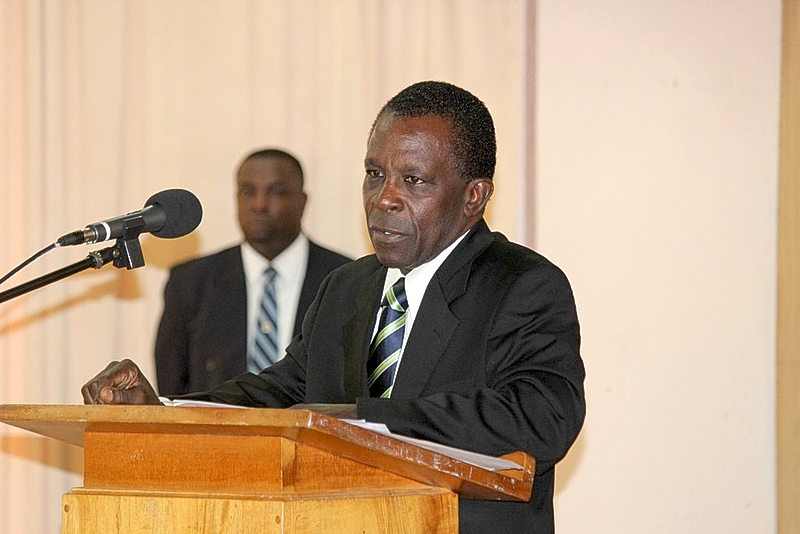 ST. GEORGE’S, Grenada–Grenada’s Prime Minister, Dr Keith Mitchell has lambasted the leadership and governance structure of the beleaguered West Indies Cricket Board (WICB) as “antiquated” and has once against urged the organisation to reform itself.

Mitchell said the WICB had refused to adapt to a swiftly changing society and global business environment, and said troubled waters lay ahead for the Board if it continued on its present path, reports CMC.

“The leadership of the WICB has changed repeatedly, to make my point, in the last few decades. Yet the Board’s governance and performance has not improved,” Mitchell said at the UWI Cave Hill Campus here on Thursday as he delivered the 19th Sir Frank Worrell Memorial lecture entitled “West Indies Cricket in the 21st Century: Continuity and Change”.

“This is not a personality issue. The one thing that has remained constant over the years is the Board’s rigid and antiquated structure. By now the Board should have learned that by reshuffling its leadership, without changing its thinking and structure, is just a futile attempt at adjusting its structure without reforming its leadership.”

“It can’t work. The two things must be done together.”

Mitchell, who has been in the forefront over the past year in efforts geared towards getting the WICB to re-structure, repeatedly hammered the governing body in his hour and 10-minute long presentation, also arguing it had lost touch with the players.

Referencing the tension that existed between the WICB and the players, Mitchell said it was incumbent on the board to modify its management style and operations to reflect the needs of the new generation of cricketers.

“The attitude of today’s young people is very different to that of previous generations. We have to accept it,” he contended.

“Their expectations and values will not allow them to accept the decisions and actions of the WICB that their predecessors agreed to or tolerated.”

“The WICB must come to terms with that reality and alter its approach accordingly. It must build trust and new mutual respect by changing the way its managers operate and motivate its players and itself.”

Mitchell, who stressed he had nothing to gain personally from the effort to restructure the West Indies cricket, said the Board was unaware of the new challenges that lay before it and was not preparing itself to face them.

Stressing on the need for transparency and accountability, Mitchell pointed out that while players needed to take responsibility for their actions, the WICB leadership had often absolved themselves of blame.

As such, the veteran Caribbean leader said that key to any governance shake-up would be a “new leadership” model which would enhance the WICB’s ability to flourish in a new generation.