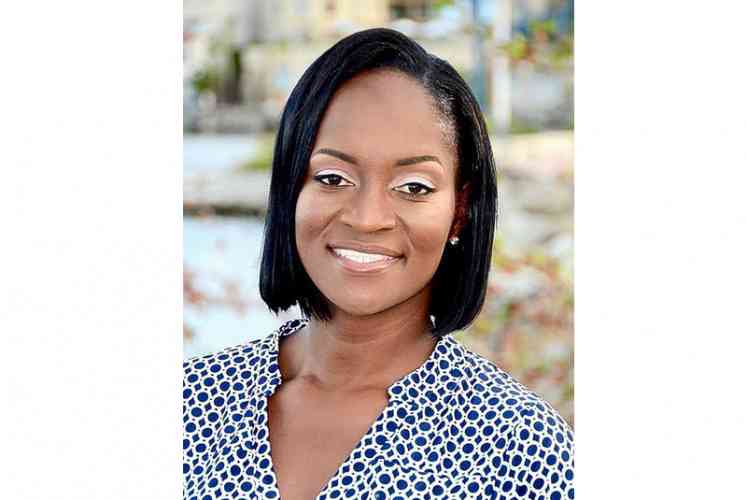 MARIGOT–President of Opposition party Movement for Justice and Prosperity MJP Louis Mussington, commenting on the continuing Caisse Territorial des Oeuvres Scolaires (CTOS) strike says he is in solidarity with employees who have legitimate claims, and in general supports those who are suffering from all forms of oppression, discrimination or racism.

“After reading administrative documents related to the conflict, it must be noted that some pretty strong political commitments have been made,” Mussington said in a release. “The Memorandum of Understanding (MoU) of July 28, 2018, signed by President Gibbs has political and moral value which gives credibility to the union’s action.”

He said a letter favouring the integration of agents has been signed at the CTOS level and some strikers have been employed since 2014 but have been told they are no longer part of Collectivité or CTOS.

“Imagine the state of mind of these people, mothers who are facing debts and expenses. It is no wonder this information is destabilizing and disconcerting to them,” he added. “To resolve this conflict, it is important to me that the State and the Collectivité show some compassion.

“I can understand Gibbs’s approach to address the situation of the Collectivité and its budget. But I must condemn the decision to terminate those employee contracts as there is no denying they are in a precarious situation. Faced with an exceptional situation, exceptional measures are required.”

MJP points out the Contrôle de Legalité strongly opposes any integration of workers which reflects an indifference to those mothers of families.

“This is not an attitude worthy of the French Republic. The government, through the MoU has promised an exemplary reconstruction of the territory. The focus is on development of which one of the pillars is social equity and cohesion. To get out of the crisis, it is essential to humanise the negotiations and remove accounting dialogue that paralyses constructive dialogue.

“The State, Collectivité, and unions should meet to review the file of employees who have been hired since 2014, to prepare their permanent integration. This is essential to restore calm in the community,” Mussington concluded.

First Vice-President Valerie Damaseau, however, has criticized Mussington for his “irresponsible and misleading” remarks about the strike situation.

She insisted that since the first day of the conflict, the Collectivité, its president and elected officials have always favoured dialogue in the effort to find solutions to the strikers’ demands, adding currently there are only two stumbling blocks to the negotiations.

“The Collectivité has undertaken in writing to respond favourably to all other points,” she said. “At no time did the Collectivité remain passive, quite the contrary. Alternative solutions have been proposed for the 16 people who are applying for integration into the public service. These alternative solutions can allow them to have a job or paid training within a very short period of time.

“To ignore social reality, as Mussington writes, would have been to sit idly by without proposing solutions. However, the Human Resources Department was involved from day one, and at the full disposal of the union delegation, to provide all the information and documents that could be produced.

“The department is also working on the reorganization of the administration. This unfortunate situation is the legacy left behind from past mandates and administrations.

“For the time being, a job offer via the associative network supported by the European Social Fund (ESF) has also been put forward by the Collectivité with a view to the future outsourcing of extracurricular activities, and this has unfortunately not been followed up.

“We are more concerned than ever about the situation of these St. Martiners. The human factor has been at the heart of our action since the first day of this crisis. We know these people, we respect each other, we dialogue regularly and above all we work tirelessly to find a satisfactory outcome for everyone.

“Unfortunately, two attempts at mediation have failed, but we still firmly believe that an end to conflict is possible through negotiation and dialogue. I repeat, our door is always open. We have also proposed a new meeting to discuss the end-of-conflict protocol.

“Mussington takes the liberty of judging a situation whose substance he obviously knows very little about. While he had proposed in the Territorial Council to work with the majority, I personally invited him on several occasions to participate in the meeting with the strikers that afternoon.

“He did what he knows best: not to offer a frank and definitive answer, but he was quick to write untruths on his Facebook account, his new toy.

“I would add that a responsible politician, when he lacks information to draw up an analysis, will first inform himself, understand and judge in full knowledge. However, Mussington prefers to remain in the dark and make political recovery. I let everyone judge this childish attitude of an elected official who should be concerned about public funds, especially in times of crisis.

“It is so easy to ‘condemn with the utmost firmness’ through press releases and interventions on the radio and in the newspapers. The population must know that we are acting responsibly, methodically with a view to finding a favourable outcome as soon as possible.

“I reiterate my appeal to Mr. Mussington and any other Territorial Councillor concerned to help us find a way out of this conflict to rise to the occasion and understand that this is not a time for political politics but rather a time for a convergence of ideas to reconcile our people with the political process,” Damaseau stated.