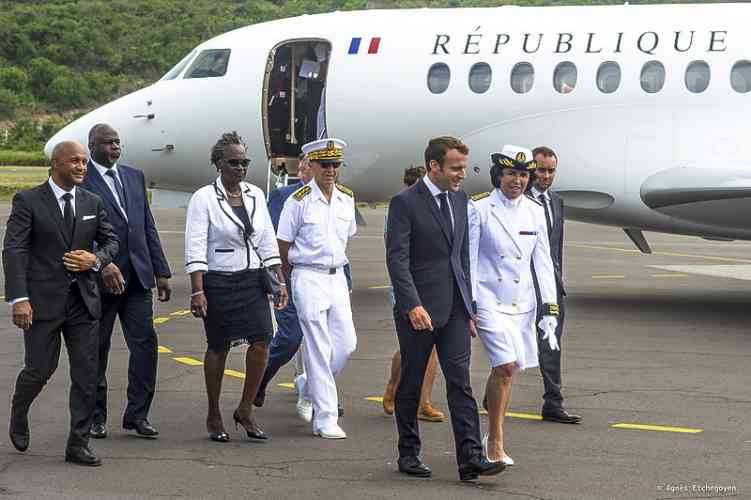 MARIGOT–President of Movement for Justice and Prosperity (MJP), Louis Mussington, in a letter to coincide with President Emmanuel Macron’s second visit to St. Martin, reminded Macron of the State’s commitments and priorities for St. Martin. The letter first acknowledges and thanks the French Government for the aid given to St. Martiners.

It continues: “You emphasised the importance of the need to rebuild the territory in an exemplary manner, and your words have been taken from the protocol signed between the State and the Collectivité on November 6 and November 21, 2017. Promises were made in this context that allowed a traumatised population to expect a better tomorrow.

“However, it is regrettable to note that inhabitants and elected officials were disappointed, despite some commitments being honoured. As an example, we mention some urgent and priority issues that deserve important consideration given the delicate financial situation of the Collectivité:

“1) It is clearly indicated in paragraphs one and two of the protocol that an ad hoc working group will be set up to review compensation related to transfer of competences between 2007 and 2012.

“2) The same commitments were made in relation to dealing with the debt from Revenue Solidarité Active (RSA).

“3) The question of re-organisation of government services in the territory under the provisions of Article 6351-12 of our organic law which requires a review in particular.

“We would like to remind you that the increased presence of the State on the territory must not result in only controls, but also through immediate actions; in particular, in favour of a quality teaching base and the development of sport and culture to promote development of our youth.

“Moreover, as you know, the situation of education in St. Martin is not up to the standard expected from the Republic. It is urgent to attract your kind attention to the fact that the results in schools in St. Martin are at the lowest level. This is a source of great concern. It is important to inform you that the 2018 school year has begun under unacceptable and undignified conditions. No other academy in France would accept this as it stands.

“Mr. President, please inform us of the measures you are taking to redress the situation as a whole and above all to provide our Collectivité with the means necessary for its financial autonomy.”