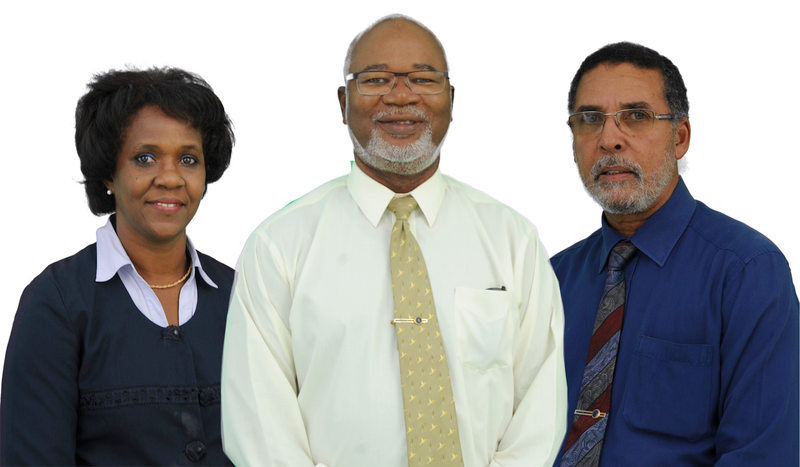 Marigot–The Movement for Justice and Prosperity (MJP) will present its list of candidates to contest the 2017 Territorial Council elections on Friday, February 10, announced MJP President Louis Mussington on Wednesday.

The list of 26 candidates will be made public at the headquarters of the political party at 48 Rue de la Liberté, Marigot, at 12:00 noon.

“MJP is presenting to the people of St. Martin the list of unity,” Mussington said. “It is a well thought out list of dedicated men and women who represent a cross-section of the St. Martin community.

“Among the MJP candidates are experienced politicians, professionals, newcomers and a number of energised young people who are ready, willing and able to govern the Collectivité of St. Martin for the next five years,” Mussington added.

“I was contacted by Mr. Mussington several months ago. I was also was contacted by other major candidates. I had to choose where to give my support and I have chosen MJP,” said Gumbs who is also a well-respected St. Martin educator.

“Mussington and I have agreed that the educational system has to be better adjusted to our social and cultural reality. We also agree that the organic law can be used and improved to serve us better,” he added.

“What I have appreciated ever since joining the MJP party is the level of team spirit and participative democracy where every member of the team is contributing at all levels,” commented Ogoundélé.

“Louis Mussington has never gotten the chance to put his economic plans in place as a businessman, and I think it is his time to lead the country out of the economic decadence we now find ourselves in,” said Laggoune.

The MJP, with its motto of “People First,” is also gearing-up for the party’s first congress on Saturday, February 18, 2017.