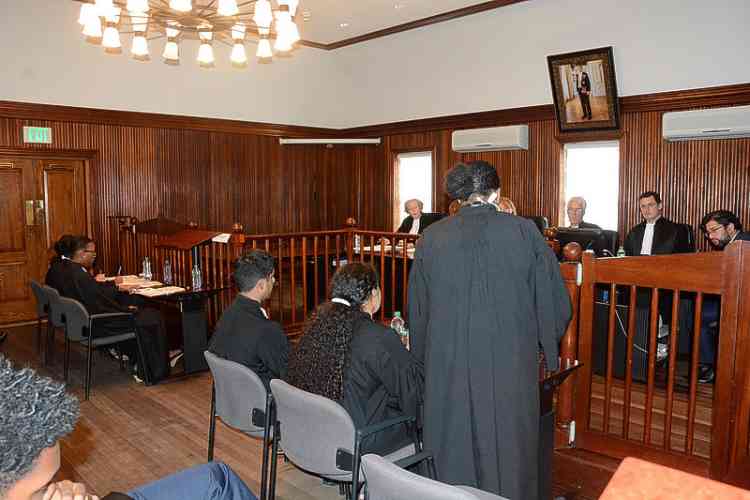 PHILIPSBURG–SXM Moot Court Foundation will be holding the third biennial SXM Moot Court Competition at the Courthouse in Philipsburg on Friday, May 10, from 2:30pm.

“The HAVO and VWO-level high schools in St. Maarten have been invited to compete and the response has been very enthusiastic,” SXM Moot Court Foundation said.

The competition is geared specifically towards high-school students and aims towards making them more familiar with (international) law.

A team of three students will act as either the prosecution or defence in a simulated case before the International Criminal Court (ICC). Students are given a fictional case to argue and will have to use real international law to defend their position.

The winners of the 2019 SXM Moot Court Competition will receive a trophy for their school and, of course, bragging rights, but that’s not all. SXM Moot Court Foundation has also secured one coveted spot in the 2020 High School International Moot Court in The Hague.

The grand-prize winners of the SXM Moot Court will have the opportunity to travel to the Netherlands to compete at an international level at Peace Palace in The Hague before a panel of actual ICC judges.

This team will compete against top teams from all over the world, including the United States, Russia, China, the Netherlands, Germany, Argentina, Poland, Venezuela, Bulgaria, Georgia, Romania, South Africa and Sweden. In 2016, the St. Maarten team competed for the first time and immediately secured third place.