Home Headlines & Top Stories More layoffs at InselAir, MD-80 no longer in use 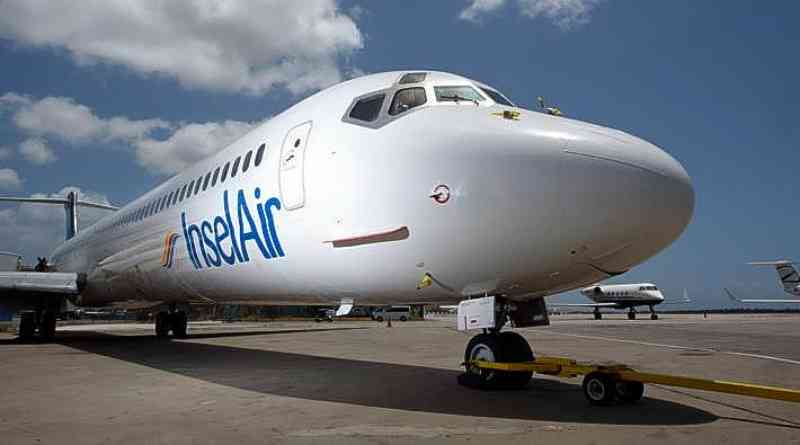 The airline informed the union leader they will no longer be operating the only working MD-80. That plane has been on the ground for some time because it must undergo a costly so-called C-check.
According to Meulen, Delger said that the financial situation of the company is not doing so well.

It is not yet known how many people will lose their jobs, and Delger himself did not want to confirm the exact number. Sources indicate that it regards about 30 employees including pilots and flight attendants, bringing the staff down to some 175.

A planned meeting with the labour union did not take place because the financial director only wanted to talk to the president and not the other board members, Meulen reported.
InselAir management member Edward Heerenveen confirmed to the media that a decision has been made to no longer fly with the MD-80. He also understood that departing general director Gilles Filiatreault was already busy packing his suitcase.

Meanwhile, plans were being made for another capital injection of some 3 to 5 million US dollars into the company. A consortium involving Maduro Curiel’s Bank (MCB), Vida Nova Pension Fund and General Pension Fund APC is working on the joint investment.

The carrier is to focus on travel between the ABC-islands (Aruba, Bonaire and Curaçao) as well as St. Maarten and continue only with its Fokker 50 planes, which are also in need of overhauling and/or maintenance. All three aircraft should again be fully available around mid-March.