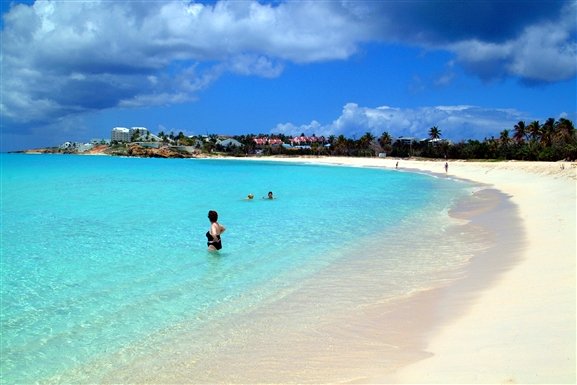 A off duty Fireman noticed the two struggling to come ashore  and decided to go into the water to rescue them. The Daily Herald understands that the fireman was unsuccessful and called police for further assistance.

Police and Coast Guard officers arrived on the seen and immidiately started to search for the persons. Officers found two towels and a car key among other items believed to have belonged to the missing persons, the items where confiscated for further investigation.

Authorities searched the area for two hours before calling off the search. The vehicle was later found by police and towed to police’s headquarters in Philipsburg.

Police Spokesman Chief Inspector Ricardo Henson is requesting the public’s assistance in identifying the two persons. Anyone with information that can help with this case are urged to call 911.