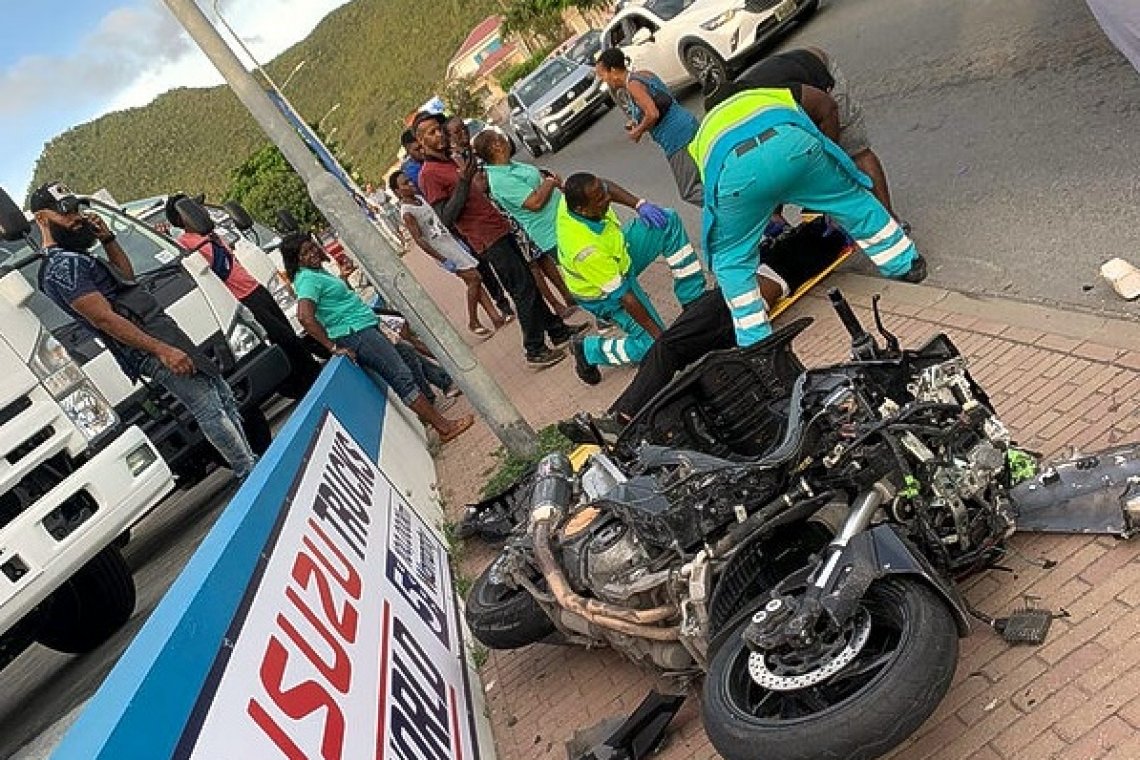 Paramedics preparing to transport the injured motorcycle rider to SMMC on Wednesday.

COLE BAY–The St. Maarten Police Force KPSM was called to Welfare Road in Cole Bay around 5:30pm Wednesday because a black motorcycle and a white Nissan Versa had collided, injuring the motorcycle rider in the process.

According to information gathered by police, the motorcycle rider, a man J.A.M-R., was driving on Welfare Road toward the Osbourne Kruythoff roundabout, passing a line of vehicles that were stuck in traffic.

At the same time, the driver of the Nissan Versa was attempting to turn left onto Welfare Road from Windsor Road. The driver was given a chance to exit by a car on Welfare Road and hit the motorcycle when making the turn. The motorcycle rider could not stop in time to avoid the collision, said police in a press release on Thursday.

When paramedics arrived at the scene, they encountered M-R. who was complaining of pain in his back. He also suffered cuts and bruises as a result of the accident. Ambulance Department personnel treated him at the scene, and he was later taken to St. Maarten Medical Center (SMMC) for further medical care.