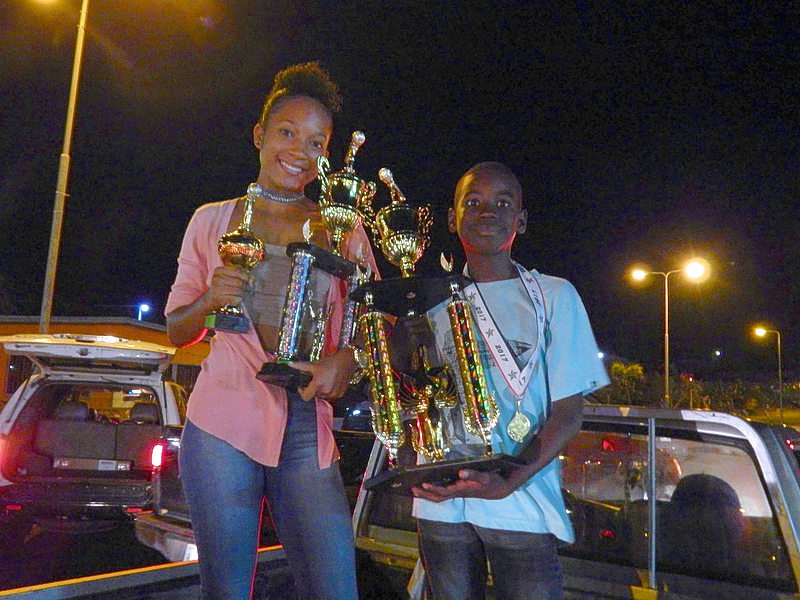 The event took place on Saturday in the tent at Port de Plaisance Resort and Casino with singers from St. Maarten, St. Eustatius, Curaçao, Anguilla, St. Kitts, and for the first time this year also from Saba.

Sunday morning Courtar arrived on a WINAIR flight and was met by his family, friends and his vocal coach and trainer Gittens-Roosberg. The bouquet of flowers presented to him by Gittens went directly to his guardian “Nana” as he affectionately calls her, as it was her birthday. A joyous Gittens-Roosberg extended her congratulations on her students’ accomplishments.

Commissioner Charles Woodley was also at F.D. Roosevelt Airport to extend his congratulations and to pause for a picture with young Courtar.

Later that same day the other prize winner Romney arrived and was welcomed by a large group awaiting her arrival, after which a motorcade for the two young singers commenced.