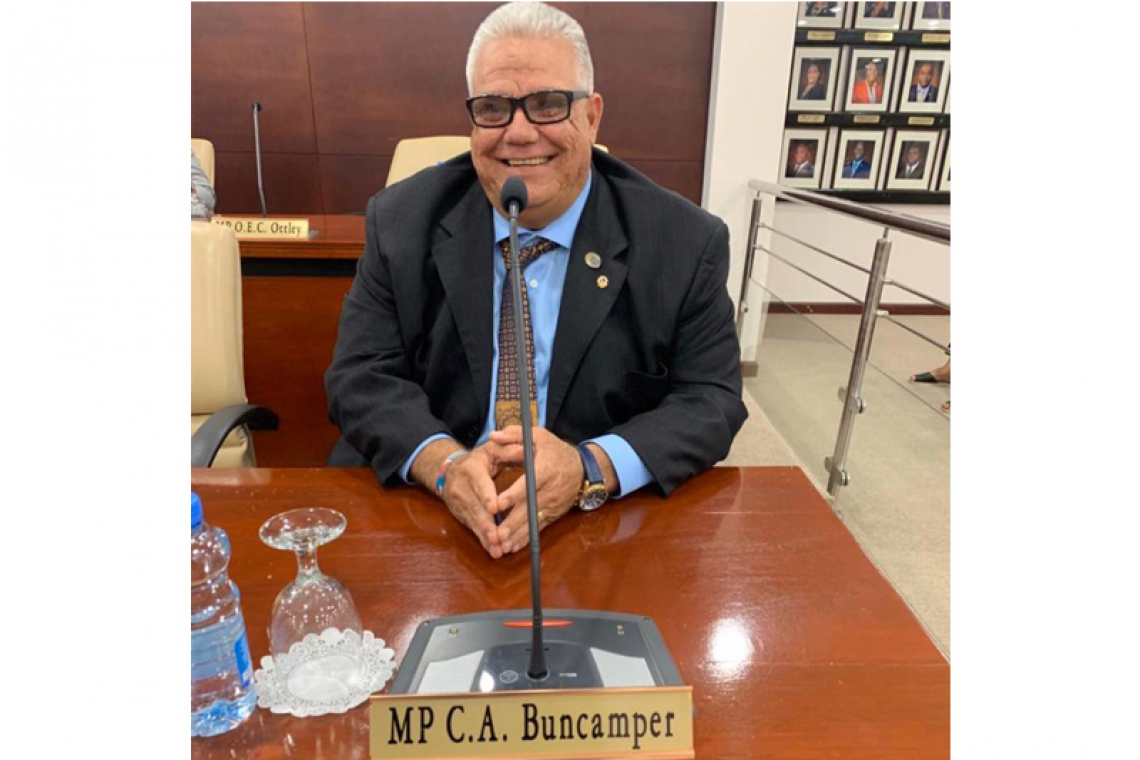 PHILIPSBURG–United St. Maarten Party (US Party) Member of Parliament (MP) Claudius “Toontje” Buncamper sent a letter to Prime Minister Silveria Jacobs and the Council of Ministers on Wednesday, September 8, regarding the GEBE water management contract and the fuel clause, which he said went up by 38 per cent between November 2020 and July 2021.

Due to the urgency in this matter and seeing that his questions span various ministries, Buncamper submitted his questions to the Council of Ministers as a collective body. In his letter he said that during the last budget debate he had posed several questions to Minister of Public Housing, Spatial Planning, Environment and Infrastructure VROMI Egbert Doran regarding water management and the fuel clause, which have not yet been answered.

Buncamper said the fuel clause had increased by 38 per cent between November 2020 and July 2021, which significantly impacts the country. “Seeing that the water management contract does not necessarily entail the setting of pricing for the sales of water or the fuel clause, I have decided to address this matter directly to the Council of Ministers,” Buncamper said in his letter.

He asked when the last water management contract had been signed and what is the yearly management fee for GEBE to manage the contract on behalf of the government. He also queried how much water is produced and sold annually and what is the separate income for commercial and residential consumption.

He also asked about the yearly income for government from the sale of water over the past five years and wanted to know who covers the yearly 25 per cent water loss and the monetary value of this.

Buncamper also enquired who approves the yearly capital investment expenses for the water management contract and whether the procurement procedures are in line with government regulations. He asked who had signed the current water purchase contract and wanted to know the duration of the contract. He enquired about the quantity of the daily water production and the cost per metric ton.

He wants to know whether there is a clause in the management contract that states that once the minimum production mark is passed, the water price drops significantly and whether consumers are currently benefiting from that lower price.

Buncamper also enquired about the “take or pay” clause and what that clause entails. He also questioned who the owners of the water production plant are and their ages.

He concluded that “government schools, the various subsidised government entities and foundations are being charged a commercial water rate of NAf. 20.36 per metric ton, based on a NAf. 8 per metric ton sales rate and a NAf. 12.528866 fuel clause rate per metric ton.”