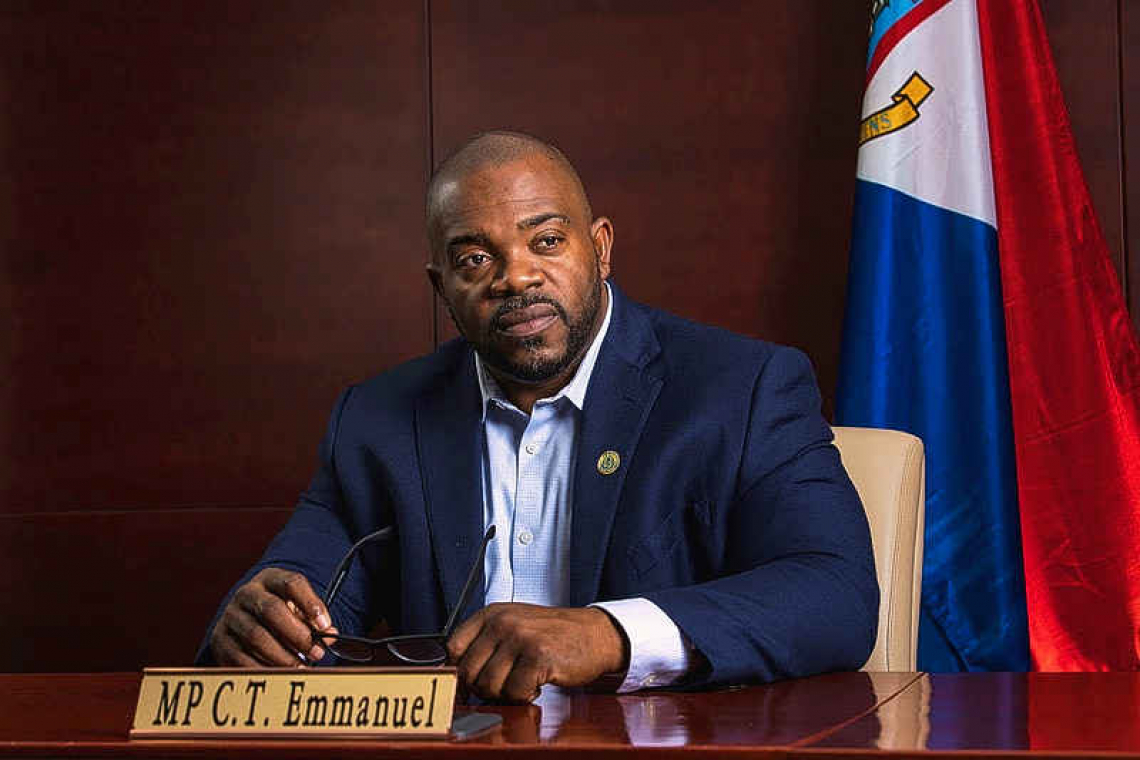 PHILIPSBURG–Independent Member of Parliament (MP) Christophe Emmanuel wants Minister of Public Health, Social Development and Labor VSA Richard Panneflek and Prime Minister Silveria Jacobs to explain to the public why an Australian is being recruited for the position of Director at St. Maarten Medical Center (SMMC) and a Dutchman as Head of Repression at the Fire Department.

The hospital falls under the responsibility of the VSA Minister, and the Fire Department under the Prime Minister.

Emmanuel also wants Panneflek to confirm or deny whether the SMMC board has negotiated a NAf. 500,000 “golden handshake” pay-out to SMMC Director Kees Klarenbeek who has been off duty for more than a year due to medical reasons. This “handshake” he said, is being proposed by Klarenbeek’s two closest friends on the board: Chairman Richard Jan James and Jim Rosen.

Emmanuel said he had been made to understand that the SMMC board has contracted the firm Deloitte Dutch Caribbean out of Curaçao to execute the recruitment of a new director, a position which has been carried out by Dr. Felix Holiday in Klarenbeek’s absence.

“Apparently, there is a foreign board member in the person of Jim Rosen who is calling the shots at SMMC and who is not standing behind Dr. Felix Holiday for director.

“Here we go again with this ridiculous practice of a foreigner who came here and got positions through political friendships keeping my people down and out of positions they deserve. This is who is in the way of one of St. Maarten’s finest taking over the helm at SMMC, in favour of an Australian. This must be a bad joke,” Emmanuel said.

“We have to stop this nonsense of letting others step all over our people. We have to stop being silent when these things are happening. I, for one, will never be silent and I want a public explanation from the Minister.” Emmanuel also reminded that he has asked the VSA Minister several questions about Klarenbeek’s tenure and has yet to receive any answers.

As for the Fire Department, he said it is hard to believe that St. Maarten does not have a local candidate to fill the position of Head of Repression, and called on the Prime Minister to “show some spine” and protect her people.

“There is a time and place for recruitment of people and then there is just plain out making sure St. Maarten people are placed, plain and simple. We act as if we always have to spend money on firms to go through a bunch of candidates from all over the world. If we have the local in-house who can do the job, give it to the local.

“What is so wrong with our people that they are always thought of last? The Fire Department must have local personnel who can be Head of Repression. Why bring in a Dutchman and give him the salary that a local deserves and earned?

“We have to think of these things in terms of building our nation and putting our people in positions to be the leaders of this nation on all levels. When are we going to stop subjugating them to onlookers while others rise above them?

“I expect public answers on all of the above,” Emmanuel said.