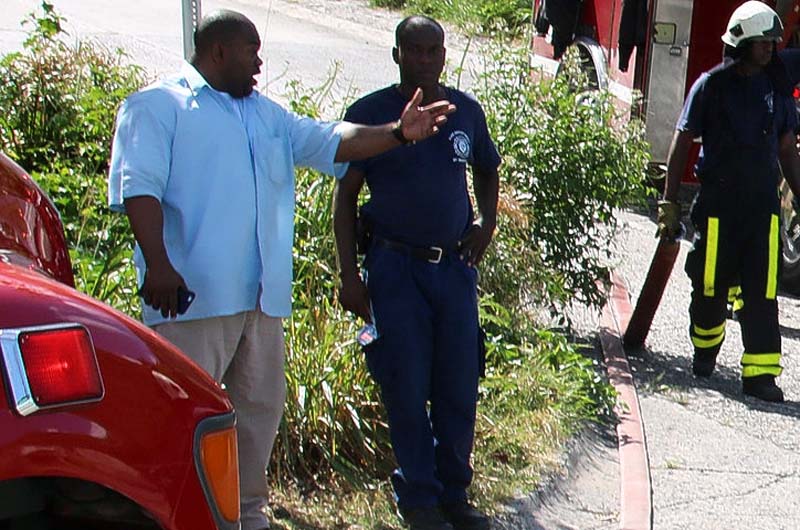 Member of Parliament Christophe Emmanuel speaking to a fireman at the scene on Tuesday.

PHILIPSBURG–One of the two vehicles that were set ablaze by two unknown persons on Tuesday afternoon belonged to Member of Parliament (MP) Christophe Emmanuel. Police have started an investigation trying to figure out why someone would target the MP.

A gas cylinder and a handgun were in the vehicle, according to reports. The Police Forensic Department was on hand until late Tuesday, taking pictures and bagging any evidence found.

Police spokesman Chief Inspector Ricardo Henson said police are investigating the MP’s arson case. He also pleaded for persons with any information regarding this incident to contact the authorities as soon as possible, for them to arrest the persons responsible for this crime. 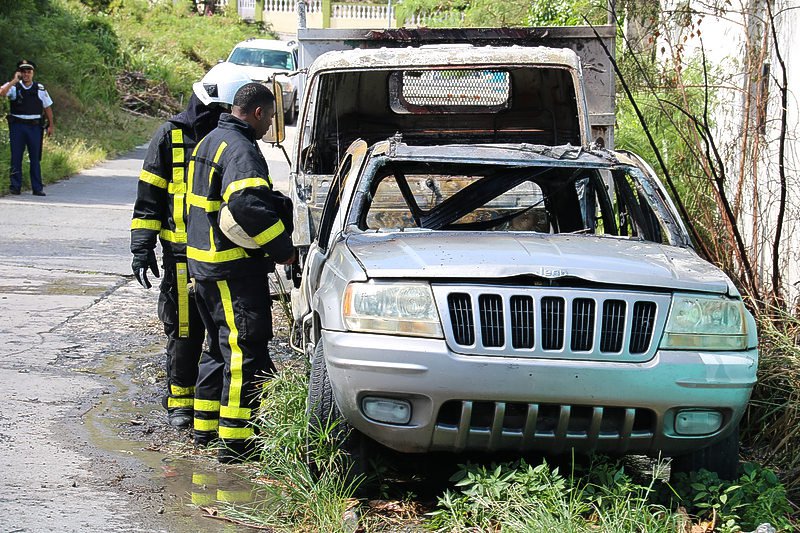 Prime Minister William Marlin said he was not fully aware of the situation, but had heard from his wife what took place on Tuesday evening. Marlin hopes the attack was not politically motivated.

“If it is linked to the election campaign, I think St. Maarten is heading in the wrong direction. It would be sad if this is the direction one chooses to take, but I think the police investigation has to take its course,” said Marlin during Wednesday’s Council of Ministers press briefing.

Emmanuel was contacted by The Daily Herald, but declined to comment as the police are conducting the investigation.

MP Maurice Lake was threatened recently and told that he was going to get shot. He filed a police report about the incident.

Since activist Rene Wilson made public threats against Prime Minister William Marlin and his family, there reportedly has been a trend of increased actions and threats towards MPs.