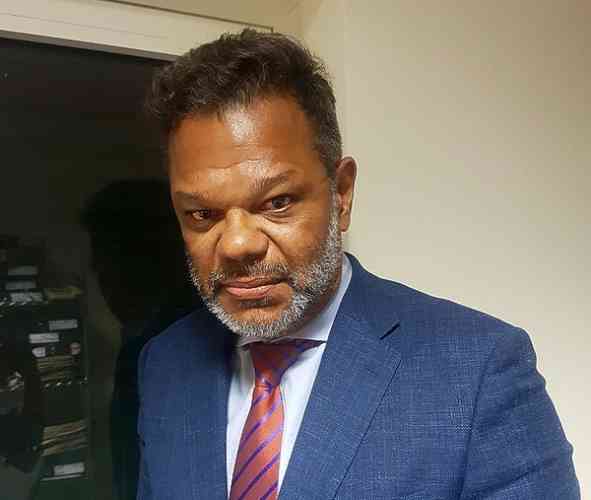 PHILIPSBURG–The Dutch government should not be carrying on parallel discussions about conditions for the release of the hurricane recovery aid while the Trust Fund Steering Group has already found merit in projects such as the reconstruction of the Princess Juliana International Airport terminal, according to Member of Parliament Dr. Luc Mercelina (United Democrats).

“The Dutch are using the World Bank to fulfil a political agenda in the kingdom,” Mercelina told The Daily Herald.

The Dutch are using the much-needed aid to acquire political gains and control of various sectors of the country under the guise of proper oversight, he said. This vital recovery period should not be used by the Dutch “to get involved” in local affairs under the cloak of helping, he said.

“If there were concerns about the airport before Irma, why come now with conditions? We can solve our issues locally, so why are the Dutch coming now with extra conditions together with a political agenda?” he questioned.

The Dutch should use the opportunity presented “to help unconditionally” and “from a place of good will,” Mercelina said.

He acknowledged that the country “started historically in an imposed relationship with the Dutch and has ended up in a conditional relationship in the kingdom.” He added, “We did not ask to be Dutch.” In spite of that, both sides of the Atlantic must “start to trust each other” and stop letting hearsay dictate the relations.

The use of the World Bank as the conduit for the trust fund money was “initially a good idea” although it was one that came from a Dutch lack of trust in the local people. This is not so anymore, as it has become a stumbling-block to fast-paced recovery, Mercelina said.

“My people are in need of help,” he said, but that help is stalled. “Nothing tangible has been achieved. I will not be able to go with my people and show them a tangible thing” that has been done with Trust Fund money, he said.

He did credit the St. Maarten First educational programme as one way the money directly helped the people.

“The Dutch symbolically did something to help. The thought was great when they decided to help. Now the only parties benefiting are the consultants hired by the World Bank,” he said.

There is a need to go back to taking care of roofs and houses. “Nothing has been done to reconstruct houses or better the infrastructure. If people are poor and are in need, help them; you help and not impose more conditions,” Mercelina said.

“The World Bank is a third party that came because the Dutch didn’t trust the people of St. Maarten and it was a politically sensitive topic so they decided to give the money to the World Bank but still tell the people what to do with it,” he surmised.

“The way we are heading, more than half the money will be used up for assessment reports and consultants. A survey on housing will be carried out now – 18 months after [Hurricane – Ed.] Irma. Do we need a consultant to tell us what we needed? Our own people know already what is happening.”

Every problem faced in St. Maarten does not need to be over-analysed, he said. “What we know as fact needs to be accepted – if a roof of a school is broken, fix it. Let’s not be busy making with reports,” he said.

To move the country forward and get the stalled economy going, Mercelina called on the coalition-supported Prime Minister Leona Romeo-Marlin government “to loosen the government programme from the grip of the World Bank. We do have a liquidity problem, but the World Bank cannot dictate our governing programme,” Mercelina said.

He hopes the Romeo-Marlin Cabinet will take heed of his call “to disconnect” the governing programme from the World Bank.