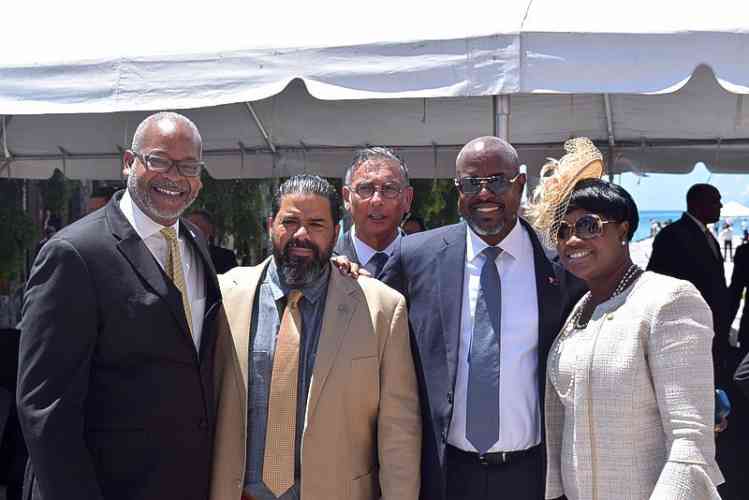 PHILIPSBURG–Member of Parliament Franklin “Frankie” Meyers has declared himself an independent MP in a letter to Parliament Chairwoman Sarah Wescot-Williams on Wednesday.

Meyers wrote: “As a  responsible member of this government, l can no longer support this government as it suffers through the consistent challenges of cohesion and oneness in the best interest of the people. I hereby declare my an independent Member of Parliament.”

The MP said, “Moving forward, I’m open to discuss with the coalition my support as an independent Member of Parliament.”

Meyers’ letter follows his public declaration made on the floor of Parliament during the close of the 2018-2019 parliamentary year on Monday that he no longer supports the government that is pushed by “outside manipulation.”

In his letter, Meyers thanked the United Democrats and St.Maarten Christian Party, for allowing him to be part of the governing coalition that “started out with the objective of rebuilding St. Maarten after the passing of hurricane Irma and to take decisions in the best interest and common good of the people. Much to my disappointment and for sometime now there has been a consistent undertow by some of our fellow Members of Parliament within our own coalition.”

“After extensive thought and consideration, I hereby withdraw my support from the present government. I sincerely wish that we could have held it together for four years,” Meyers said.

“It was my sincere wish to have the government run its term, uninterrupted, but it is clear that personal agendas will continue to get in the way of proper execution of decisions for those that have elected us,” Meyers said.