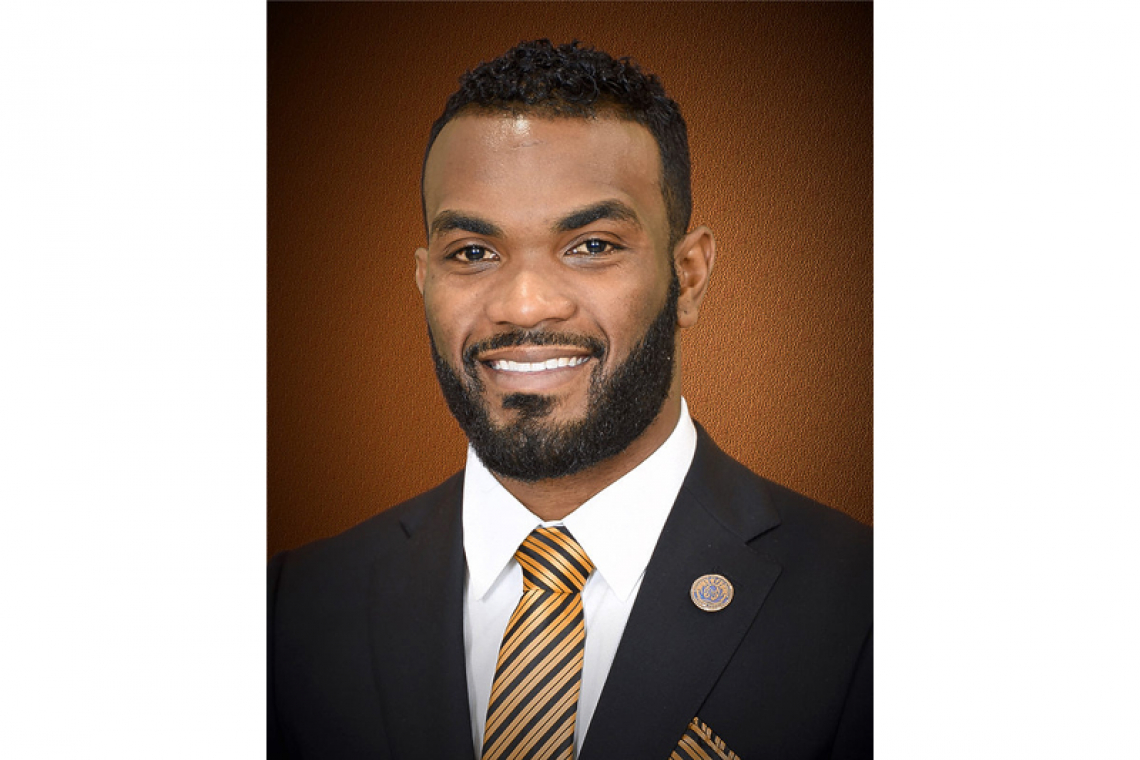 PHILIPSBURG–Current Member of Parliament (MP) for Party for Progress (PFP) and former Acting Head of Domain Affairs at the Ministry of Public Housing, Spatial Planning, Environment and Infrastructure (VROMI) Raeyhon Ancel Peterson and his father Raymond Ulric Peterson are both facing community service for an altercation with the police which followed a traffic accident at 1:45am on March 4, 2018.

The charges against MP Peterson (30) and his 59-year-old father include public violence, insulting and threatening a police officer and not following police orders.

Despite the fact that the Court of First Instance had acquitted Peterson’s father of public violence and the former Head of Domain Affairs of threats, both had filed for appeal.

An altercation ensued after Raeyhon Peterson became involved in a serious road accident, not because of his fault, as the Hummer in which he was driving collided with another car which was speeding on the “wrong side” of this one-way street.

Peterson confessed to the fact that he was very emotional after the incident, which had rendered his vehicle total-loss and which, he said, could have made him lose his life. He admitted that he had pushed the driver who had caused the accident, but denied he had exerted any violence.

Peterson’s father who had rushed to the scene on Welfare Road in Cole Bay together with his wife, also stated that he was emotional, but denied that he had been angry.

Both defendants held it against the police officer, who was the first to arrive on the scene, that the situation had escalated. According to Peterson, who said he is a semi-professional fighter, the officer only had eye for his agitated behaviour and had failed to question the man who had caused the accident.

He agreed that he was very agitated and did not calm down. As the Petersons did not listen, the officer fired a warning shot and allegedly pulled his gun on the father, after which other officers intervened and calmed the situation down.

Raymond Peterson denied that he had insulted and threatened the officer who had pulled the gun on him, allegedly saying that he could “end” him, so that he would lose his job and could return to St. Eustatius to herd goats. He said there was no need to have a pistol pushed in the face for a traffic accident.

The 39-year-old officer was questioned as a witness during the appeal hearing, but said he could not remember exactly what had transpired over three years ago.

The incident was investigated by the Department of Internal Affairs of the St. Maarten Police Force (KPSM) and the officer told the court that he had offered his apologies to the two suspects as a result. However, the police official with a career of more than 12 years in the force maintained that, both father and son had threatened him. The two suspects were arrested March 4, 2018, and released four days later.

Raeyhon Peterson said this case had escalated due to the officer’s erratic and unprofessional behaviour, which should not have implications for his political career and the party he is representing in Parliament.

The Solicitor General agreed that it was a very “nasty” accident, to which Raeyhon Peterson had responded in an aggressive, agitated and frustrated manner.

He said that firing a warning shot during a road accident is a “highly exceptional” situation, “but the reporting officer is not on trial here.”

According to the Prosecutor’s Office, the situation had run out of hand and the officer, who was confronted with verbal violence, had tried to de-escalate the situation because “there is only one boss on the street and that is the police.”

The Solicitor-General held it against both suspects that they had been verbally aggressive and were blaming the officer in question, claiming he had acted unprofessionally.

As the Court of First Instance had imposed conditional sentences of 60 hours of community service, the Prosecutor’s Office now called for partially unconditional terms.

Attorney-at-law Eldon Sulvaran claimed that his clients had not exerted excessive violence and said the officer had pulled his gun for no reason. He claimed the police report about the incident was faulty and not in accordance with video-camera images.

According to the lawyer, the Prosecutor’s Office’s cases against his clients should be declared inadmissible and his clients acquitted of all charges.

Sulvaran said that both clients, as an MP and an employee of St. Maarten Laboratory Services (SLS), respectively, hold “responsible positions in this small society” and do not deserve “such treatment” by the police and the Prosecutor’s Office.

He called upon the Court of Appeal’s to include a stipulation in the verdict that a conviction on these charges should not lead to exclusion from obtaining a certificate of conduct. The Court of Appeals will give its decisions on all matters June 22.