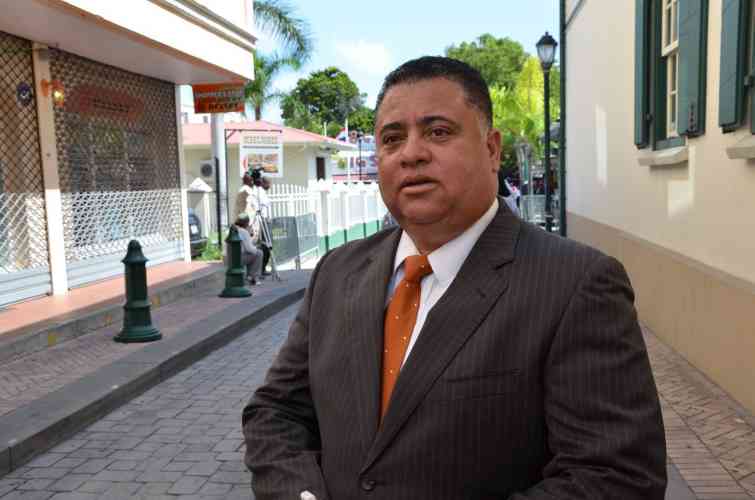 PHILIPSBURG–An investigating judge in the Court of First Instance extended the preventive detention of Member of Parliament (MP) Frans Richardson on Wednesday for eight more days. The leader of United St. Maarten Party was arrested by the Anti-Corruption Task Force TBO on Monday morning.

Richardson is suspected of accepting bribes, committing official coercion and abuse of his position as an official.

Richardson, through his attorney Sjamira Roseburg, said in a statement on Wednesday that he “definitely” feels targeted and fully intends to fight for his freedom and innocence.

Richardson is in restrictive custody and cannot have any contact with anyone other than his lawyer and law enforcement. His lawyer said Richardson still has faith in a fair trial.

Richardson was arrested by the TBO in 2018 in connection with the “Emerald” case, an investigation into fraud and corruption at the Port of St. Maarten in which he was suspected of accepting bribes and of having committed tax fraud. He was also suspected of membership in a criminal organisation aimed at recruiting votes.

This case was postponed indefinitely by an examining judge, who referred the case to a new judge of instruction.

“This second case feels like a targeted attempt. The hardest part, however, is not being able to have contact with or see his [Richardson’s – Ed.] family. His two young children, his wife, his mother all have to once again go through this traumatic event. More information will be shared with the public when possible by law,” Roseburg stated.