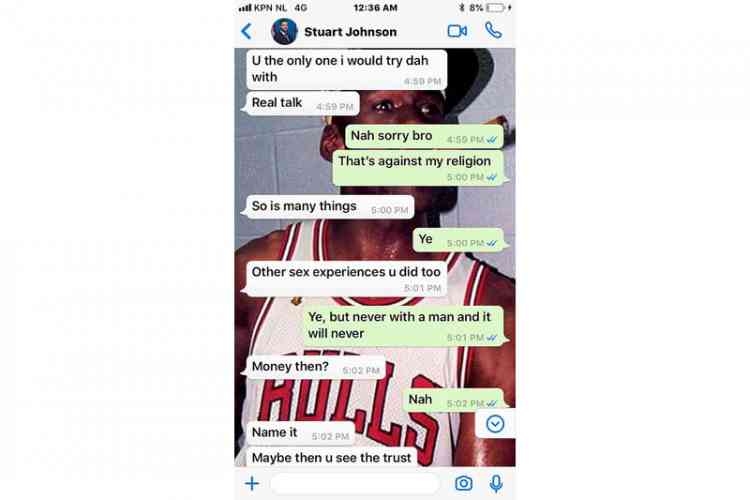 ~ Calls on PM, Govt. to break silence on matter ~

PHILIPSBURG–Minister of Tourism, Economic Affairs, Transport and Telecommunications (TEATT) Stuart Johnson has come under fire from National Alliance (NA) Member of Parliament (MP) Christophe Emmanuel, who believes the minister blatantly abused his power when he fired a former cabinet staffer after the worker rejected the minister’s sexual advances and his financial offers for sexual favours. Johnson has not responded to this newspaper’s repeated request for comment.

In an interview aired on PJD2 Radio on Tuesday, Emmanuel said he was concerned by the silence of government and of Johnson himself on the matter and he wondered what coalition-partner St. Maarten Christian Party (SMCP) has to say on the issue.

“The minister needs to come and give the people of St. Maarten an explanation on whether these things are true or false, because you cannot have a minister in your country engaged in these types of activities,” Emmanuel said during the radio interview. He made clear that Johnson’s sexual orientation is irrelevant.

“My concern is the abuse of power, because now you are hearing that when the advances [by the minister – Ed.] were turned down … then the individual was fired from his post by the same minster.

“One can say whatever they want to say, but government needs to say something.

“They are quiet on this issue, the Prime Minister is quiet on this issue and I am even questioning what the [St. Maarten] Christian Party has to say about this issue because these individuals – [SMCP leader] Wycliffe Smith and other ministers – were extremely critical about role and functioning of parliament and individuals and ministers not doing their work, but what are you hearing from the Prime Minister who also talks about integrity and transparency in government? Nothing about this issue.”

Johnson came under fire after WhatsApp conversations between him and the now-former member of his cabinet F.T. began circulating on social media sites over the weekend.

The Daily Herald understands that Johnson and F.T. went to a casino after a day of meetings during a recent trip to Europe. Money intended for their day allowances while travelling was played and lost at the gaming establishment. Hours after their outing, F.T. requested a personal loan from Johnson. According to reports, Johnson refused and indicated he was willing to make a deal with the staff member to pay for F.T.’s accommodations for the rest of the trip.

WhatsApp messages obtained by this newspaper show a string of messages where Johnson apparently made sexual advances, implying it was in exchange for money. In the texts, F.T. wrote that he was not comfortable with the manner in which Johnson was speaking to him and would like to drop the conversation. F.T. then, unable to pay for the rest of his stay abroad, had to return to St. Maarten.

Feeling uncomfortable and embarrassed about the situation, F.T. reportedly decided to seek assistance from a psychiatrist to help him with his traumatic experience.

Johnson supposedly attempted several times to contact F.T. and have a one-on-one meeting with him. F.T. refused and said he would only meet if other ministers or cabinet staff were present in the meeting.

This newspaper obtained a letter dated October 9, 2018, and hand-delivered to F.T. by a marshal in which Johnson stated that F.T.’s services were no longer needed in his cabinet.

“Your character does not rhyme with the nature of the position, in which an undisputed level of respect, trust, integrity, … and professionalism is required,” stated Johnson in the letter to F.T.

Frustrated by his sudden dismissal, F.T. started to get legal advice from a lawyer, but he reportedly has not been paid for his work in the cabinet since starting four months ago and is unable to hire a lawyer to handle his case.

Johnson was seen in the police station in Philipsburg on Monday and apparently filed a complaint against F.T. The nature of the complaint was not revealed by police.

No official complaint has been made by F.T., but he intends to sit down with the National Detective Agency this week to file a complaint against Johnson.

In his radio interview, Emmanuel said workers must have freedom and peace in the workplace. Abuse of power in the workplace also amounts to crime. “[It is not good] when you have an individual who wields power, shifts, moves and does what they want with their workers. My concern is the abuse of power and the silence of the individual. … They cannot be silent on this issue,” Emmanuel said.

“I remember when the Honourable Minister Miklos [Giterson] got into the situation that he was in, it was said that he should resign. … What is happening now with this minister? Everyone is quiet. Everyone is mum on the issue.

“When you read these things, it leads one to wonder what this individual [Johnson] was doing when he was also principal of a school and we are all silent on this and I am saying that it cannot and it should not be.

“This minister was very vocal before the fall of government and when we had the hurricane … you could have heard this individual. Now all of a sudden, he is silent. …

“I am calling on the Prime Minister to say what is going on with your government. … This is wrong and the people of St. Maarten deserve an explanation and also deserve an apology, not only from the minister, but from the entire government, because we do not deserve this at this moment or at all.

“When you read these things, literally it leaves a bad and nasty taste on the mouths of the St. Maarten people. It cannot be accepted that a minister can abuse his power in this manner and everyone gets away with it and no one says anything about it.” 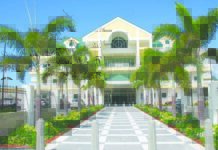 May 20, 2022
1
State Secretary Alexandra van Huffelen (Kingdom Relations) wants to give room to the countries to stop the 12.5% salary reduction. The salary cut was...

May 20, 2022
1
State Secretary Alexandra van Huffelen (Kingdom Relations) wants to give room to the countries to stop the 12.5% salary reduction. The salary cut was...